A Change of Emphasis

ONLINE EXCLUSIVE: A holistic approach to education must replace the exam-centric system that we currently employ.

Facebook was buzzing with posts on the UPSR leaks. Evidently it had brought to the fore many people’s concerns with an exam-centric system. Having given it some thought, I’ve decided to write about it in my first column.

Secondary school was an interesting time in my life. A student of 4 Coklat (named not after the cocoa-based treat but the colour), a pure-sciences class, I realised early on that it was going to be a struggle.

Biology was interesting but chromosomes looked more like worm-jelly candy rather than life defining matter. Chemistry was alright but it was tough getting past snickering at the noble gasses. Physics was downright baffling. 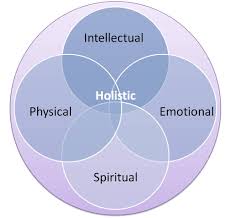 After all, having just obtained 8As in the PMR, pure-sciences was the preordained choice. The As had defined what I should do, as more As' meant being qualified for the ‘elite’ science subjects. It was like unlocking secret levels in a video game and I was there. Plus, I wouldn’t want ‘to waste’ the grades. “Rugi”.

I even told myself that with tuition and some good ol’ spot questions the As would come. Much to my dismay, they never did. The drive to obtain As and the need to do well in the ‘elite’ science subjects meant being stuck in an exam-centric system that had little going for the recognition of individual learning styles and interests.

It also created an unhealthy demand for ‘exam-knowledge’ which gave rise to tuition centres specialising in answering exams. Some tuition teachers were like superstars – known for their mystical abilities to spot exam questions. Admittedly, they were a big hit with me and my friends.

Some teachers became more exam-oriented. Class was about the ‘how to answer’ rather than the ‘why this is so’. The exam-orientation overtook the more subtle nuances that lessons could offer, probably without the teachers realising themselves.

It felt as though there was little joy and motivation to pursuit knowledge for the love of it.

Memorisation superseded thinking skills and rationalising lessons. Many parents I knew gauged their children’s successes from the number of As rather than by, for instance, creativity of thought. ‘No more extra-curricular activities in Form 5’ was a common phrase.

The exam-centric system had become high-stakes.

Which is why I was glad that the Ministry of Education had introduced the School Based Assessment (SBA), better known by its Bahasa Malaysia name Pentaksiran Berasaskan Sekolah (PBS) in 2011.

Most Malaysians, especially those with school-going children, have probably heard of the PBS because it has featured prominently in the news this year.

What many probably do not know is that the PBS' motto is "Know My Performance" (Tahu Prestasi Saya).

To me, the motto summarizes the ideal we want and need in our education system. We need to know how our students learn and develop. Some of the teachers I’ve talked to like the PBS because it is flexible, though many are still getting used to this flexibility.

Under the PBS, students have to undergo psychometric assessments to enable teachers to better understand them. Gone are the days where As lead to automatic enrollment into the science-stream. A good student could enter the arts-steam or go to a vocational college if his or her interests and talents lay there. Heck, ‘bad’ students can still do science too.

Process is given greater prominence. A student’s understanding of lessons and growth from extra-curricular activities is monitored. Teachers are able to apportion time for those who need more of it and facilitate the independent learners. In turn, parents are kept abreast of their child’s development and not merely their final grades.

Of course, there will be and have been challenges with the PBS' implementation.

Many students claim that they are unmotivated because there are no exams. But the PBS doesn’t mean there aren’t any. Learning still has to be assessed, but exams are not the be all and end all. Students need to rediscover the love for knowledge and be assured that it’s okay to not memorize all the time.

“Are the teachers capable?” is a commonly heard cry. I believe they are and trust in their professionalism. Support structures such as training and guidance are in place, and in due time they’ll get there.

Parents play an extremely vital role in ensuring that the teachers are accountable and provide the support required. Parents are key to the PBS’ success.

I feel that the arising problems are growing pains and will be overcome. The PBS is still young and time is needed to see through the changing of the old and deeply ingrained exam-centric system.

The bottom line is that a solution is in place.

What's needed now is the support to see it through.

Looking back, I’d have loved to join the arts-steam class and learned economics in school. It would have also been nice to be assessed for my debating and drama participation – activities I focused on when the pure-sciences and chase for grades started looking like worm-jelly candy to me.

Danial Rahman has more reason than most to be passionate about education. The views expressed are entirely the writer's own. The STAR Home News Opinion Online Exclusive  Thursday September 18, 2014 MYT 7:14:00 AM
Tags: holistic
Subscribe