Umno leaders' "ignorant" and "immature" responses to sensitive issues are turning the party into a laughing stock among the younger generation, a Malacca Umno Youth delegate told the party's general assembly today. 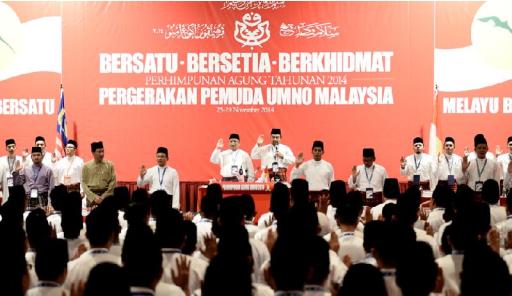 Umno Youth Masjid Tanah chief Hameed Mytheen Kunju Basheer said to some extent, even students were remarking on comments made by some of the Umno leaders.

"The party is seen as slow in giving convincing responses and they often become the butt of jokes among these younger generation.

"The responses given (by the leaders) are emotional and sometimes show their ignorance. We at the grassroots often become the laughing stock due to the leaders' weakness.

"Sometimes, we see them creating issues that even school-going students are commenting on it," Hameed said.

He said that party members in Malacca were confronted with a vast young electorate who were able to evaluate these "immature" answers given by the leaders.

Hameed suggested that leaders not be too hasty in coming up with policies or making public statements, and instead read up on the issues first.

At the branch and division level, leaders were too complacent and unable to fulfil the needs of the youths, he said.

Instead of resolving this, the leaders isolated themselves from the youths and pretended there were no problems in their area, he said.

Leaders were also not providing enough funds, or "bullets", for Umno Youths to carry out activities among the locals, and were even abusing the money to sabotage the party, he said.

"The bullets are with the division chiefs... in the end, the youths are the ones who are the first to fall.

"Even sadder, sometimes the many bullets with the division chiefs are not used to fight our enemies or strengthen our party, but are sometimes used to shoot us."

He said that Umno leaders needed to undergo "political transformation" if the party wished to woo young voters back to its fold. – November 26, 2014