MARCH 7 — Let me get straight to the point and tell you how upset I am that you have banned the Marxist course organised by Parti Sosialis Malaysia (PSM). I know you mean well, but if you wish to ban something, ban Lady Gaga, ban seafood, ban Star Wars for all I care. But, for the love of maintaining appearances, you must never ban a seminar centreed around a major world thinker (no matter how dead he is!) 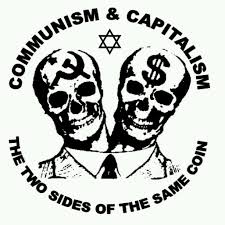 If you ban, say, a Madonna concert, at worst your opponents will label you a religious conservative. But, I tell you, there is no risk of anything major happening.

See what happened in Singapore. People ranted over how bigoted the Church is, people fuss about their freedom to watch sexed-up dancers dripping on stage but at the end of the day? Nothing “big” can happen.

Or, if you ban some chocolate because, oh, they mixed something questionable in with the nuts, it may create some sparks but not much else. Nobody cares. C’mon, we’ve got a billion brands of controversial and unhealthy foods — nobody’s life is going to suffer or be exalted just because of a few brown bars.

In both cases, no “real change” can happen.

The example of Russia

What do I mean by “real change”?

Well, take the February revolution in Russia in 1917. It was “serious”, wasn’t it? What were its key causes? A painting? A group of people dancing strangely in the streets? Heck, no. It was a bleedin’ bread shortage. That and the Tsar living a 10-star lifestyle while the rest of the people could barely afford 1 honey-star to eat.

This is why, however badly you mess up the economy, never let there be a lack of nasi lemak. And those fancy cars motorcading through traffic plus the big parties your team always throw? Tone it down if you want to survive.

Moving on with the Russia example, what happened at the October Revolution (of the same year)? Two main things. 1) A messed-up temp government and 2) Vlad Lenin kicking up a storm. Both necessary ingredients to the most famous revolution of the previous century. And which kinds of ideas inspired Lenin?

Exactly. Precisely those kind which PSM wants to discuss. Most importantly, was Lenin encouraged by the authorities to study Marxism or was he, uh,banned? Yes. Correct.

Banning Marxism in Malaysia would be akin to China (or Russia or whatever) trying to ban religion — it only fans the flames.

You see, people are always seeking to get a “grip” on the world. They’re always seeking new ideas. Hence, trying to stamp out this drive to learn will be like trying to tell a young adult NOT to think about sex. You’ll only succeed in making him/her hornier than ever.

So what should you do with Marxism?

Remember this principle: If you want to reap indifference, sow confusion. If you want the rakyat to ignore an issue, simply present multiple perspectives on respectable platforms. This way you’ll create discussion (which gives that “air” of intelligence and credibility) but destroy mass conviction (which is your Kryptonite).

So let people go for the Marxist course. Lift the ban. Let people attend. Let them “ask hard questions.” Let them take their selfies. Don’t worry. Less than a few hours (or minutes) after the course, the participants will be sufficiently distracted by their Facebook feed and whatever football match is on.

Only thus can you stand a chance of snuffing out the true impact of Marx. You may think this is a small matter, but trust me it’s potentially huge. Our favourite bogeyman, Communism, simply isn’t what it used to be.

See the OCCUPY movements of a coupla years ago? They weren’t exactly “Communist” or “Marxist” but Karl would’ve been proud (sorta).

For once, a class-based protest was in force, making the rich very uncomfortable. Most importantly, it made the middle-classes shifty, too.

This is critical because the middle-class is that “non-class” which society uses to insulate itself from the truth of Marx’s class analysis.

On one hand, middle-class folks are not poor. On the other hand, they cannot identify fully with the rich. Yet, on another hand (have you been counting hands?), they distance themselves from the poor. Far from being “proof” that there is no more class-war, the middle-class in fact embodies the anxiety felt by society regarding class.

Can you see, therefore, that the middle-class is a class struggle in itself? So when this class starts to worry about a movement (like OCCUPY), it shows that the truth of Marxism is emerging.

So whatever you do with the word “Communism”, be careful to avoid linking it to “inequality”, “poverty”, “greedy businessmen”, (or even Hindraf) and so on. Make sure you use connotations like “terrorist”, “genocide”, “mass hunger”, “Mao” — you get the idea.

To maintain control of people, we must control how they think. And you can never control people today by banning anything, especially ideas.

Paradoxically, the worst way to control how people think is to tell them they cannot think a certain way.

The bottom line : Be careful of today’s breed of Marxists (who, honestly, would prefer not to be called “Communists”). Their main weapon is not violence, it’s vision.

They will try to overthrow governments not by armed struggle, but by struggling for a more direct democracy than what regimes like ours have put in place.

By so doing, they will inspire people to re-imagine a more authentic form of democracy, much different from the kind inseparable from business concerns that we have been pushing.

These new Marxists will capture people’s hearts not by asking them to blindly follow a leader, but to follow their own desires for self-governance (are we not relieved that even the Opposition has failed to implement local elections?).

They also tend to target the poorest or the poor — the least of the least — thus swelling their numbers further. Worse, they’re actually suspicious of profit and money. When activists can no longer be bought off, this is dangerous.

You have been warned. While I expect you to maintain power, we can no longer expect it to be easy. Take stronger measures now!

Keep the flames of enterprise and commerce burning (or, put simply, keep people greedy for more and more), and you will stay in power! Bind the people to what will feed the system!

This way the country, for all time, will remain ours.

KUALA LUMPUR, March 18 — The organiser of a seminar on Marxism has been informed by authorities that the event will not be permitted to take place and that police will conduct roadblocks to prevent the public from attending.

“ACP Zaini Che Din informed the PSM representatives that the police do not allow the Marxism course which will be held on March 20, 2016, to maintain public safety.

“The police will also block the roads to the programme’s location,” he said in a statement.

Arutchelvan added that there was no official document conveying the police’s decision, but that he was told that they were acting under Section 105 of the Penal Code.

Section 105 of the Criminal Procedure Code allows for an arrest to prevent “seizable offences”, although it is unclear how this relates to the event.

Arul said the move was a violation of the rights to free speech, thought and freedom of assembly, and that PSM will also consider legal action against the police for claiming that the course would promote communism.

Previously, Inspector-General of Police Tan Sri Khalid Abu Bakar vowed stern action against anyone who takes part in the March 20 Marxism course, whether it is the organiser or participant.

Marxism is the socioeconomic theory based on the teachings of German philosophers Karl Marx and Friedrich Engels, but is often conflated with the Marxism-Leninism political philosophy that is often tied to communist regimes.

Posts from This Journal “kapitalisme” Tag