PUTRAJAYA: The Education Ministry has accomplished three main achievements in its first wave of the Malaysian Education Blueprint 2013-2025.

Education Minister Datuk Seri Mahdzir Khalid said the three achievements were an increase in literacy and numeracy programmes; increase in pre-school and primary school enrolment; and reduction in the urban and rural gap.

He said that since the blueprint was launched three years ago, 99 percent of students have become literate in both Bahasa Melayu and numeracy.

“This is above the universal rate of 91 per cent." he said after launching the blueprint’s annual report today.

Mahdzir said the urban and rural gap was reduced by 31.6 per cent based on the Ujian Pencapaian Sekolah Rendah (UPSR) achievements.

“We could not have achieved this had it not been for the collective and collaborative cooperation from all parties including parents, teachers, headmasters and school leaders.

“I am grateful that we have passed the first wave. The ministry is committed to reaching more achievements in the second wave, which is from 2016 to 2020," he said. 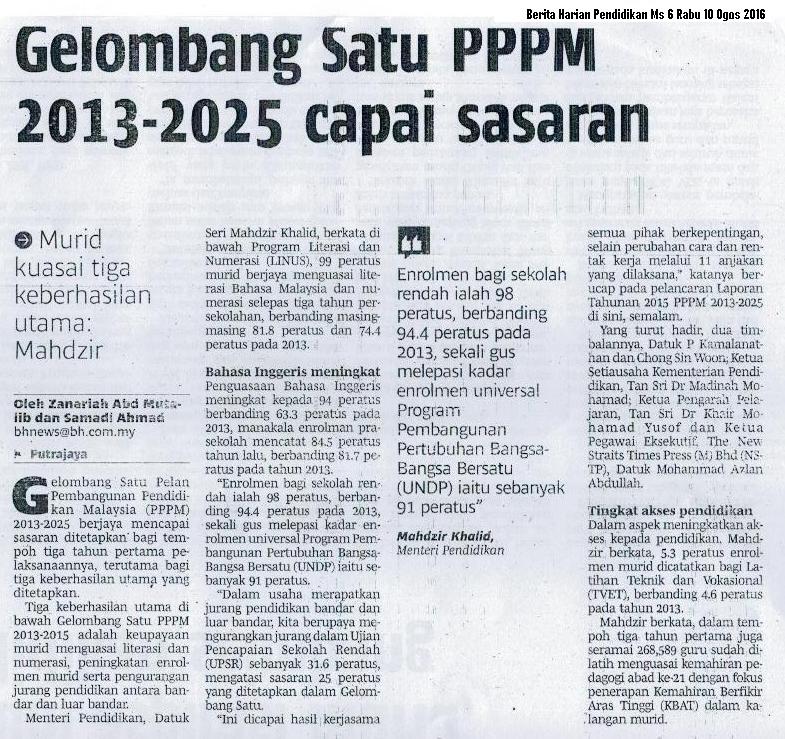 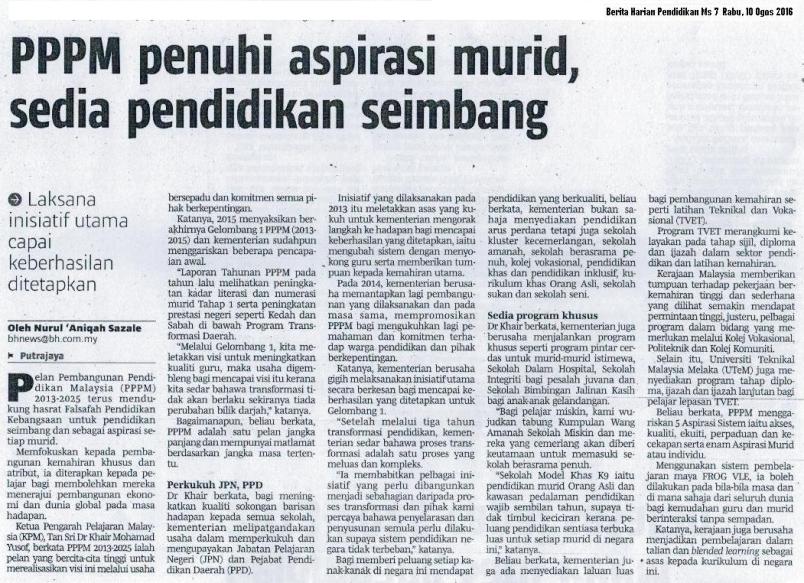 Posts from This Journal “blueprint” Tag