You can motivate students by sometimes giving them As

A true statement indeed as no one would hire non-knowledgeable, non-skillful and non-competence personals in their workplace.

Many also had read about self-made millionaires who did not earn good grades or grade point averages in their studies. 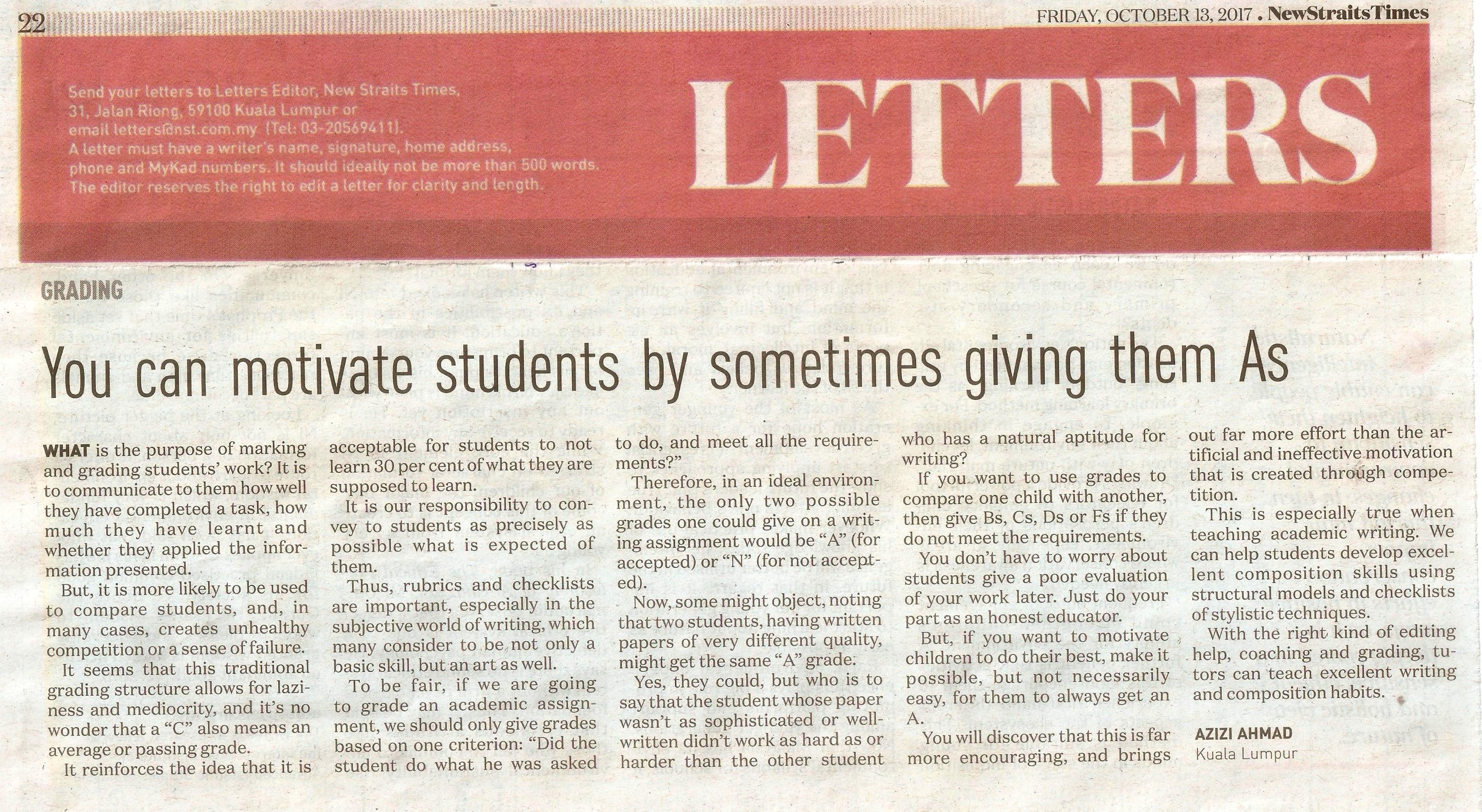 More successful people were below A students and ‘who and where’ you are from does not decide who you will be.

To achieve something successful , you need to work for it. It is loaded with entanglements, impediments, disappointment, and oversights.

Achievement requires constancy, mental and emotional toughness, in defeating these entanglements. Its interest pushes you to the edge emotionally and physically. You should grow a tough skin and end up plainly acclimated to battle on the off chance that you would like to succeed.

People who battle scholastically might be more usual to managing battle and making it a day by day propensity to overcome obstacles.

To put it plainly, they turn out to be mentally tough, which makes an establishment for long haul achievement.

For instance, successful individuals are good at postponing satisfaction.

Most are capable of  holding  temptation and overcoming fear in order to do what they need to do. They are bold and brave it seems.

Effective individuals don't simply organize things to be done. . They reliably continue doing what they have chosen is critical.

All those qualities require mental strength and toughness, so it’s no coincidence those are some of the qualities of successful people.

Most people would say, if you didn’t get great grades in school, that’s OK. Easy for them to say that, but not that easy for people who is at that position.

Consider what your failures and mistakes were, but ensure that you rectify and not repeating the mistakes again and again.

Successful people go for lifelong learning, they never try to stop knowing and getting all the knowledge needed.

Just because you were a ‘C’ or ‘D’ students during your teens necessarily mean you will be that way forever. One’s IQ can change but you are the one who needs to change it.

Successful people will definitely not sitting idle, they will do things to improve their thinking and increasing their intelligence all the time.

Posts from This Journal “marking” Tag