Of late, the Malaysian Minister of Education had called on ‘Treat teachers as human beings, not workhorses’ and ‘no more clerical work for teachers’.


Teachers are skeptical on this issue and statements by the new Minister but then again it is not seen as true picture. 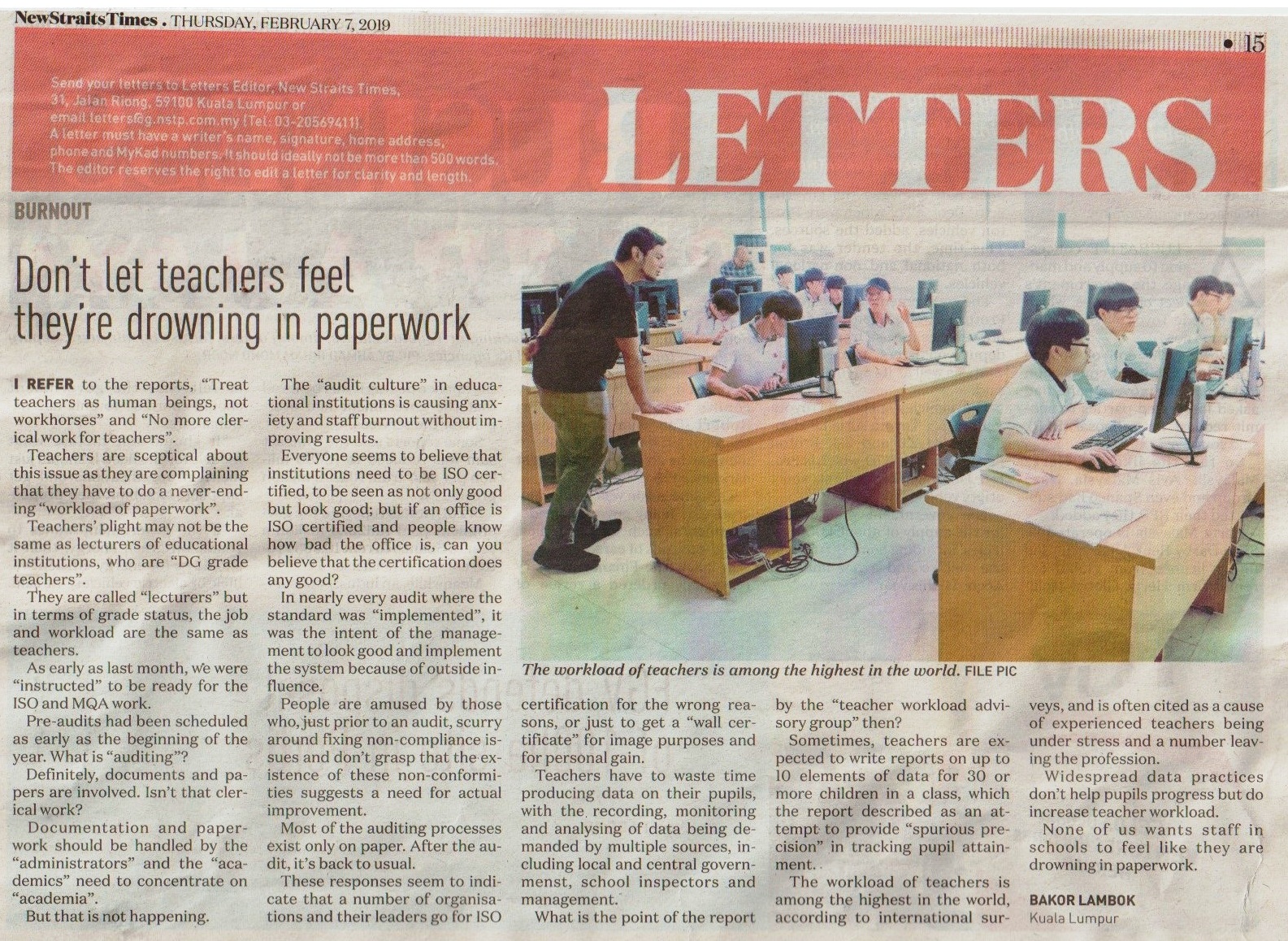 The workload of teachers is among the highest in the world. FILE PIC

Teachers are still complaining that they still have to do the never ending ‘workloads of paper works’. 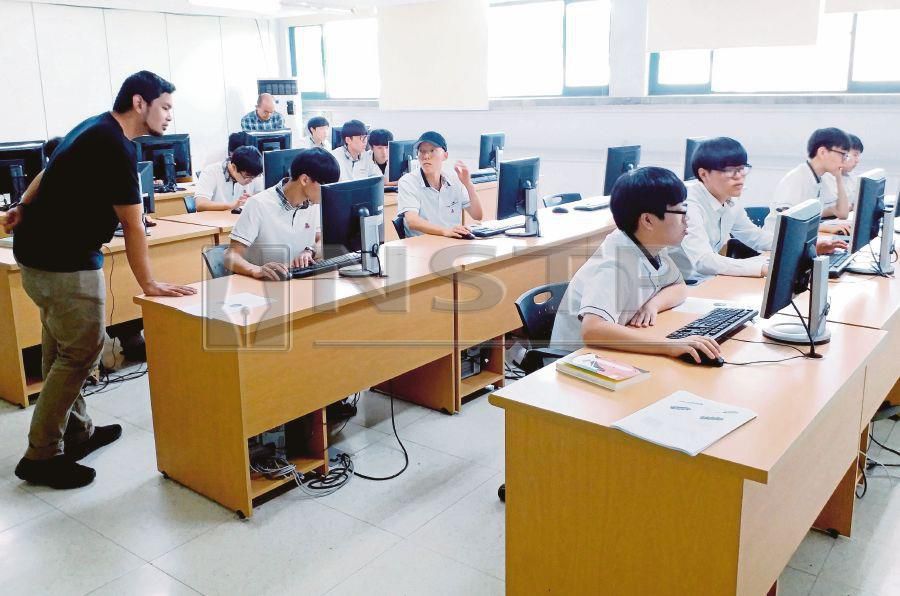 The workload of teachers is among the highest in the world. FILE PIC

The plights of teachers may not be the same as the lecturers of educational institutions who are actually ‘DG grades teachers’ too.


It’s only in the name that they are called ‘lecturers’ but the grade status, the job and the workloads are the same as teachers.


As early as January, we are ‘instructed’ to be ready for the ISO and MQA work.


Pre-Audits had been scheduled as early as the year starts.


Now what is ‘auditing’? Definitely, documents and papers are involved. Isn’t that clerical work?


Documentations and paper works should be handled by the ‘administrations’ and the ‘academics’ to concentrate on ‘academia’. But it’s not happening.


What is the use of the accepted recommendations of the new report and the Ministry of Education pledging to ease pressures on teachers in Malaysia when ‘no changes’ are seen?


Everyone seems to make  believe that institutions need to be ISO certified , to be seen as ‘not only good but look good’; but most people know that ‘even if an office is ISO certified and people still know how bad the office is, then, can you believe that the certification can do any good?’


In nearly every audit where the standard was ‘implemented,’ it was the intent of the management team to look good and/or implement the system because of an outside influence.


People are amused by those who, just prior to an audit, scurry around fixing noncompliance issues and never really grasp that the existence of these non-conformities suggests a need for actual improvement.


Most of the auditing processes exist only on papers, people get involved running around like hell trying to catch up and prove some form of compliance to the auditing for the annual surveillance audit.


Then it’s back to the ordinary as usual.


These responses seem to indicate that a number of organizations and their leaders go for ISO certification for the wrong reasons or just getting a “wall certificate” for image purposes and for personal gains.


Teachers and/or educators have to waste time producing data on their pupils, with the recording, monitoring and analyzing of data being demanded by multiple sources, including local and central government, school inspectors and multiple tiers of the management.  What is the point of the report by ‘teacher workload advisory group’ then?


In some cases teachers are expected to write report on up to ten different elements of data for 30 or more children in a class, which the report described as an attempt to provide “spurious precision” in tracking pupil attainment.


The workload of teachers anywhere is among the highest in the world according to international surveys, and is often cited as a cause of experienced teachers under stress and a number leaving the profession.


The collection of data by schools has led to unsustainable workload and stress for many teachers and educators.


None of us wants staff in the ‘academia’ or schools to feel like they are drowning in unnecessary and meaningless paperwork.