Inspiring trust between us

Of late, Malaysians are in need of someone or something that is truthful, trustworthy or genuine. 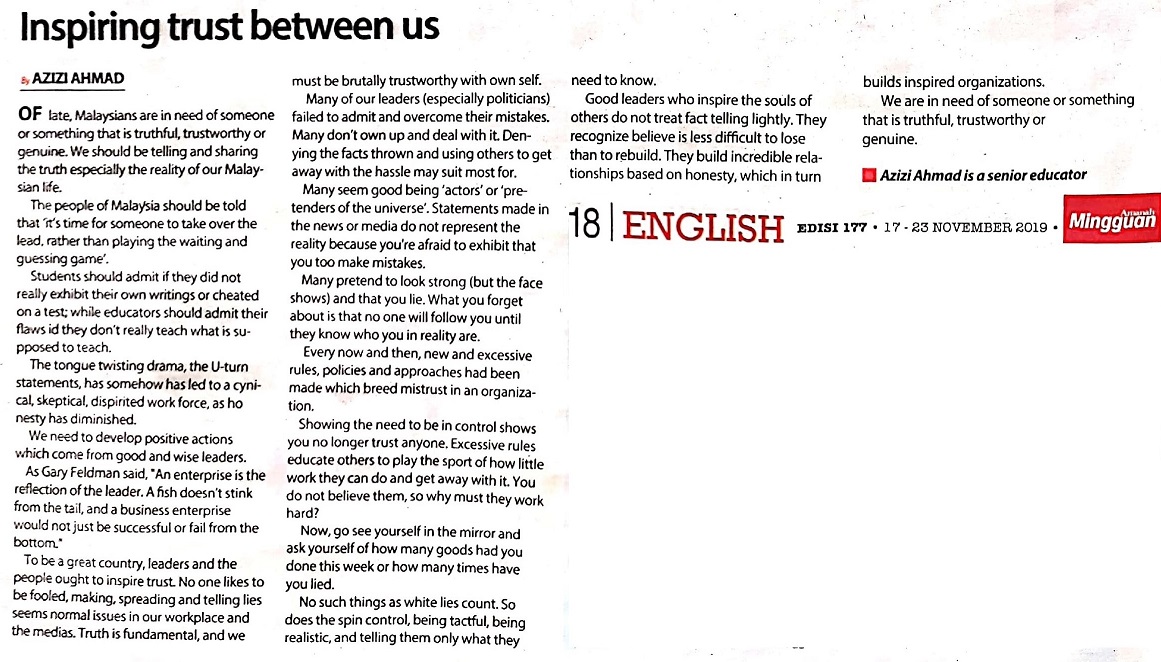 Students should admit if they did not really exhibit their own writings or cheated on a test; while educators should admit their flaws id they don’t really teach what is supposed to teach.
The tongue twisting drama, the U-turn statements, has somehow has led to a cynical, skeptical, dispirited work force, as honesty has diminished.

Truth is fundamental, and we must be brutally trustworthy with own self.

Many seem good being ‘actors’ or ‘pretenders of the universe’. Statements made in the news or media do not represent the reality because you're afraid to exhibit that you too make mistakes.

Good leaders who inspire the souls of others do not treat fact telling lightly.

They recognize believe is less difficult to lose than to rebuild.

They build incredible relationships based on honesty, which in turn builds inspired organizations.

We are in need of someone or something that is truthful, trustworthy or genuine.

Posts from This Journal “trust” Tag