Denial and U-turn syndrome in Malaysia

Medias had been sharing the syndrome statements to readers almost everyday.

Malaysians are in need of what is truthful, trustworthy or genuine. 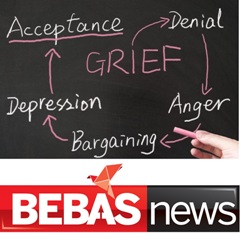 Truth is fundamental, and we must be brutally trustworthy with ownself.

Many seem good being ‘actors’ or ‘pretenders of the universe’.  Statements made in the news or media do not represent the reality because you're afraid to exhibit that you too make mistakes.

Good leaders who inspire the souls of others do not treat fact telling lightly.

They recognize believe is less difficult to lose than to rebuild.

They build incredible relationships based on honesty, which in turn builds inspired organizations.

To leaders, stop the denial syndrome and making u-turn statement. Use your words and wisdom well.