POLITICIANS may hate surveys but will change their mind if the findings are in their favour.

As for journalists, they are advised to be careful about reading too much of the opinion polls or results of surveys. 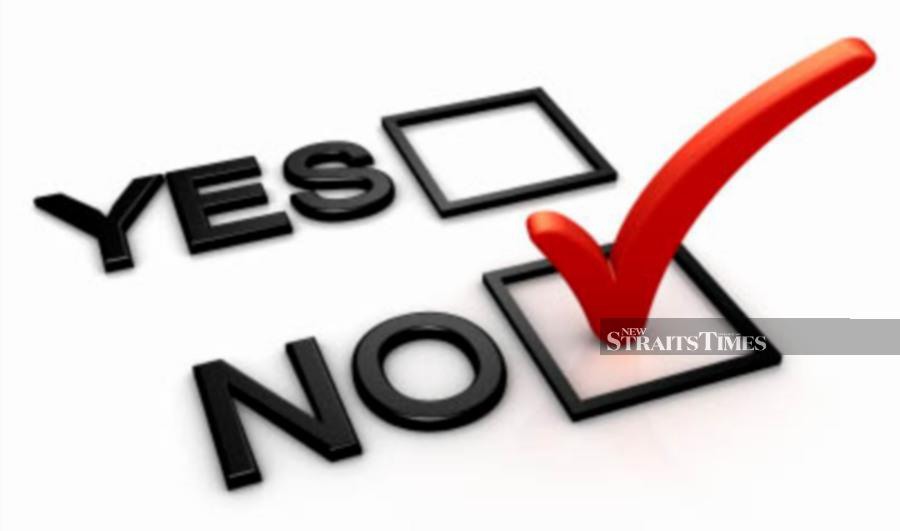 What is the difference between polls or surveys? Polls are used to ask a simple question while surveys are generally used to ask a variety of questions.
Not surprisingly, voters can be easily disturbed and influenced by the result of endless polls which seem to indicate one thing and yet do not necessarily have a bearing on the final result.

At every general election or by-election campaign, voters and supporters alike are busy focusing on finding out who will likely win.

Certain parties will monitor the situation and find out things that may be helpful.

Traditionally, one of the most important questions is: “If there is an election tomorrow, which party will you vote for?”

What is the difference between polls or surveys? Polls are used to ask a simple question while surveys are generally used to ask a variety of questions.

Polls allow multiple-choice questions. Respondents can choose from the answers provided. Of course, one can limit to only selecting one answer to a question or multiple answers.

There can be an option to allow respondents or “voters” to give their own answers.

It can also ask for comments, email addresses, names and more. It is natural to be curious about other people. People are very interested in knowing why others do the things they do.

The better we understand each other’s motivations, the better we can serve each other. We know that at the most basic level, trust and priorities determine the extent to which a person does something.

Both are the building blocks of information that shape decision-making.

However, while technological advances have continued, human beings have not yet succeeded in inventing tools that allow you to read one’s mind.

So, we take what appears to be the best thing to do — just ask people what they believe and what their values are, what researchers call survey findings.

Survey research only makes sense if people are honest enough to reveal their beliefs and priorities. The value of survey research is directly linked to this basic assumption.

If you’re obsessed with someone who holds high office, you will be willing to sacrifice everything to make sure he remains as leader. This also raises the question of whether surveys can provide the right view of what people truly believe and appreciate.

Sometimes the problem is that we often want to say what people want to hear.

This is also known as the Hawthorne effect. The result is a survey of beliefs and priorities are often biased.

Compare this to making a purchase. If you buy something you don’t want, you’ll regret making the purchase.

However, this does not mean that all surveys are unreliable. For instance, there is no reason to lie about your gender or education level.

Posts from This Journal “reliability” Tag