The best is less sound, the worst full of passion

When we watch television, listen to the radio, read the media news, we who live in this democratic country are certainly in a state of unhappiness, uncertainty and may feel angry about who should be allowed to speak and what they should discuss.

Similarly, who is allowed to issue statements, express opinions or views either face to face or write to the media.

This frustration is very noticeable at the moment, as the voices that once represented extreme views on various social problems suddenly became louder. 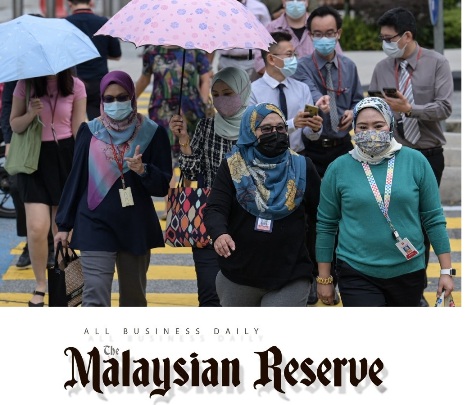 Whether members of government or opposition leaders criticize each other, talk about forbidding the people to express their opinions, refrain from voicing dissatisfaction and so on; this striking aggressive attitude has gained the attention of voters.

You can talk about your thoughts

The German philosopher Immanuel Kant, in his essay 1784: What is the Enlightenment, wrote about the need to give public debate.

He stressed their desire in the public arena, especially those holding or competing for power, to display their thoughts so that we can form our own thinking based on rational analysis of the case rather than the result of a simple emotional attraction.

The necessary condition is that people should not only be able to express their common sense, but should present a sound argument that leads them to their position.

This is an argument, not just a final position, which demands evaluation, because only through this process can we prove the credibility of the end point.

William Yeats in his poem The Second Coming when he wrote about the time and when said :

The best is less convincing, while the worst is full of passion.

The need for a common rational language is, we hope, what leads to the best results in the long run.

This protects us from leaders who act according to their own will or interests.

Differences of opinion, in which people are able to express their views, and their thoughts, are highly expected.

But these differences must be followed by a phase of convergence in which alternative views are evaluated and subsequently developed or discarded based on collaborative norms formed collaboratively.

Whenever we hear a weak view debated, this view should further inject us into not accepting that view.

If the debate for a particular position relevant to public life requires public oversight, it must be heard and addressed seriously by at least a few people at some point.

Just listen as much as you can

However, we have no responsibility to raise our views beyond the reach of our own consciousness.

We also do not have to continue to pay our attention after the credibility is not in favor.

It is not a matter of asserting that arguments are judged on the basis of public debate. But it is a violation of the same principle to claim it remains in the field of debate when it is effectively challenged.

The definitive test of this unreasonable persistence is the extent to which rational arguments are replaced by the removal of strong winds, fears and appeals to the status quo.

Everyone is free to continue to say what they like but, they cannot misunderstand the right to speak with the right to be heard when their case fails to convince.

Thus, the debate is not muted, but achieves closure through a socially moderated process of analysis and evaluation.

Everything else leads in an effort to convince others that you are still on the field. But the rest of us have the right to go home.

Who decides what becomes public?

This all sounds a bit rational, but who is the gatekeeper of the public arena?

This is a complicated issue. In the ideal world, admission would be a reasonable excuse for public interest, but too many seats have previously been sold for certain interests.

We have no obligation to pay attention to anyone, let alone credibility, just because they speak in public.

The principle of enlightenment on general reasoning is conditional, and too often these conditions are not met or understood.

But the acceptance and rejection of our views should always be a reflective practice, measured by the norms of rationality that have long existed.

Nothing should be silenced, but that does not mean everyone needs to be listened to.