Deepavali is around the corner, but there is absolutely NO feel of Deepavali anywhere, no decorations, no festivity mood… there is not even big sale for Deepavali. Unless you walk into Brickfields (or “little India’ as it is called) there is hardly any evidence that Deepavali is celebrated here in Malaysia.

Let’s look at the facts, this is the breakdown of the races in Malaysia: Malay 50.1%, Chinese 22.6%, indigenous 11.8%, Indian 6.7%, other 0.7%, non-citizens 8.2% (2010 est.). With only 6.7% of Malaysian being Indians (outnumbered by Bangladeshis and Indonesians in the country) we were always told that Indians make the third highest race of people in Malaysia, but obviously this is not true… but does that mean we should be neglected especially on our biggest and most grand holiday? It is almost a surprise we even GET a holiday.

As an Indian myself, I feel like everyone MUST get excited about Deepavali, as it is after all, our only proper festival in Malaysia (I know there’s Thaipusam too, but that is more of a devotional celebration). Many have voiced the frustrations about how cold the mood has been and here are 5 reasons, I think, Deepavali gets NO attention from anyone:

1. There are no Deepavali Songs 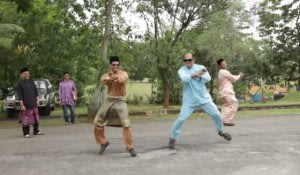 When Chinese New Year, Hari Raya or even Christmas comes along, you can’t go 3 steps without festive songs blasting in your ear. We all even remember the lyrics better that any other overplayed songs from Justin Bieber. We all bear the pain of those songs being played over and over and over and over again, why? Because it is festive and it reminds us that a public holiday is coming.

Deepavali however has absolutely NO songs that bring the festive mood. I have researched this quite extensively, and there are no songs written specifically for Deepavali. Type in Deepavali songs in Google and you get a few hits, mostly just Indian songs from movies and even some devotional songs, but none that have the feel of “Selamat Hari Raya” by the late Datuk Sharifah Aini.

Maybe we should get on writing a “Selamat Hari Deepavali” song, but we Indians are somewhat of a fickle bunch. Even if there were 1 or 2, can you imagine listening to them over and over and over again?

2. There are no festive mascots

Christmas has Santa Claus, elves, reindeers etc. and Chinese New Year has the Lion Dance, Lunar Calendar animals and the guy with the long white beard.

What does Deepavali have? Nothing. Maybe oil lamps if you count inanimate objects to be mascots. I mean, you could tell Santa what you want for Christmas, and the kids love that… you could ask your Feng Shui expert what you could expect based on your Lunar birth year Animal and the adults LOVE that… can you do the same on Deepavali with an oil lamp.

Don’t get me wrong, I love the symbolism of the light being always able to defeat the dark… but Santa gives out PRESENTS! Try explaining that to a 5 year old child and see which he would be more interested in.

3. There is no special food (anymore)

As Malaysians we are very connected to food, so when Hari Raya comes about, everyone looks forward to some awesome ketupat, lemang and rendang. When Chinese New Year is looming, we all get a taste of mandarin orange, bah kua and even Nian Gao.

Can I say the same about the Indian cuisine during Deepavali? No. Because the Indian cuisine has been oversold everywhere. Many believe that Indian food is the best in the world (and I have to agree) but it is available everywhere at any time. I remember when I was a kid and we used to look forward to Thosai and Mutton Curry in the morning, a nice Briyani in the afternoon and a feast of Mutton, chicken and vegetables in the night. But guess what, all those are readily available throughout the calendar even in the most Chinese of areas in Malaysia. I still remember a time when Thosai was considered exotic in Malaysia, but now it has become way too mainstream.

It is almost like liking Indian food has become too mainstream, it is not hipster enough. The marketing team on Indian food has done SUCH a good job that it does not leave a sense of enigma or mystery to what we can offer anymore…

Even the last bastion in the exclusively Deepavali cuisine, the Muruku has been oversold. So much so, it is even available in Hari Raya open houses and EVEN in Chinese New Year open houses *GASP*.

4. Oktoberfest and Halloween are more exciting

This year, when you walk into a shopping mall, instead of seeing decorations for Deepavali, you will see more decorations for Halloween. OUTRAGE! But then, according to surveys, the buying power of the Indian community is almost negligible, according to sources, which means you would appeal to more with Halloween than Deepavali. GASP! But it is about what sells rather than keeping the minorities happy.

There’s also the Oktoberfest celebrated in Malaysia for the month of October (although traditionally celebrated in Germany on the last 2 weeks of September. Places of leisures and “Tempat Istirehat” have all decided that Oktoberfest would be even more profitable to promote. To be honest, most Indians don’t really need an excuse to celebrate… we don’t care what the promotions are for… as long as there IS promotions for happy juice.

5. No one knows the actual date

Last year Malaysia confused everyone by moving the date of Deepavali, confusing many on when the holiday actually is. I don’t know how this is possible but it has happened. Even this year, if you  Google the date of Deepavali, you will get 23rd October as the result, but then there was a change to the gazetted date with the advice of the Malaysian Hindu Sangam President.

According to theantdaily.com with an article written by Sonia Ramachandran:

It sounds very technical and difficult to understand, and that is why people are confused, and have an excuse to forgo the celebrations.

Well, all is not lost of course, because if you still watch terrestrial TV, you could still look forward to Indian movies so outdated, they were made before you were born, or you could go to Bukit Jalil for your cheap Deepavali Fair shopping fix that could get you a bargain (even the fair is held in a place with low number of Indians). There are still many excited for the holidays and there will be some open houses around, so make sure you go and hunt for good free food.

Here’s wishing everyone a Happy Deepavali and happy holidays.

And for your viewing pleasure: www.tambi.my

JAKARTA, Oct 20 (Bernama) -- Joko Widodo was on Monday sworn in as the new president of Indonesia to lead the nation of 250 million people, in an inauguration before the People's Consultative Assembly (MPR), the country's highest constitutional body.

Joko, 53, who is popularly known as Jokowi among Indonesians, took over the helm from Susilo Bambang Yudhoyono, who has been the president since 2004.

Jusuf Kalla also took the oath of office as the vice-president in front of the more than 1,000 MPR members.

Both leaders took their oath of office for a five-year term in a ceremony that was widely covered by all local and foreign media, besides being witnessed by millions of Indonesians via live telecast by the various local television stations.

Malaysian Prime Minister Datuk Seri Najib Tun Razak, who received a personal invitation from Jokowi to attend the historic ceremony, had arrived here with his wife, Datin Seri Rosmah Mansor, and joined 18 foreign dignitaries and nine heads of government at the event.

Najib was accorded the privilege of paying a courtesy call on Joko to congratulate the latter on behalf of the people and government of Malaysia, despite the new president's tight schedule, including meeting his supporters at various functions today.

His opponent, Prabowo Subianto, and his running mate Hatta Rajasa, who also witnessed the inauguration, garnered 62,576,444 votes or 46.85 per cent.

Meanwhile, despite the strict control and roadblocks by Indonesian security forces in the compound of the legislative hall and the main routes leading to the venue, the media and Joko's supporters had gathered to follow the proceedings since early this morning.

Throughout the ceremony, his supporters, who were accommodated at a special area to follow the proceedings via giant screens, burst out in applause whenever the face of their leader appeared on screen.

In his maiden speech following the swearing-in, Joko expressed his gratitude to all the foreign national leaders who were present to give their support.

The republic's seventh president also pledged to be with the international community in every effort to maintain global peace and security.

Joko also expressed his appreciation to Susilo whom he praised for having done a good job over the past 10 years.

The new president also repeated the word "kerja" (work) several times in his speech as a commitment to work hard throughout his term to make Indonesia a better and more progressive state, besides appealing to the people of Indonesia to continue to give him their full support. -- BERNAMA 20 October 2014 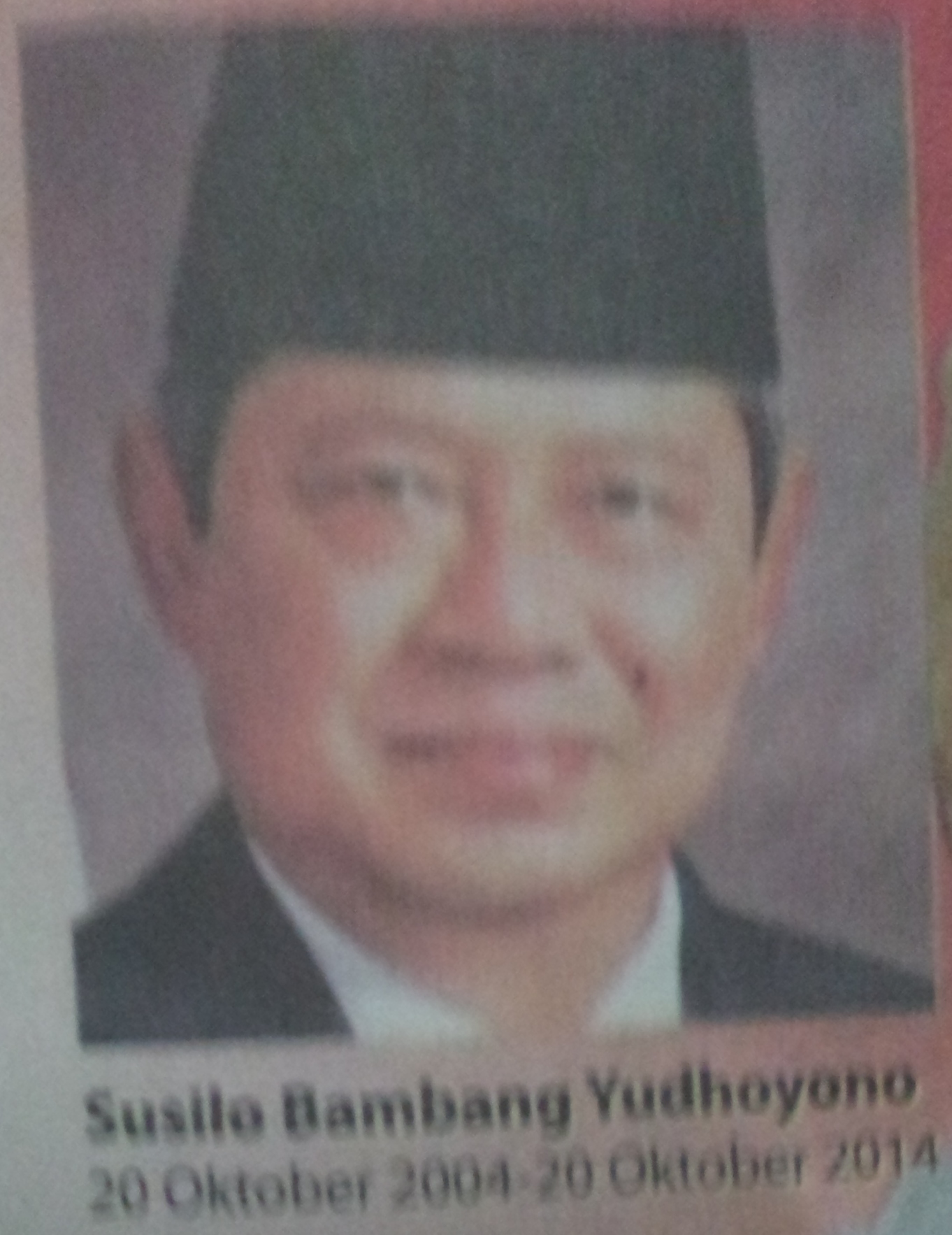 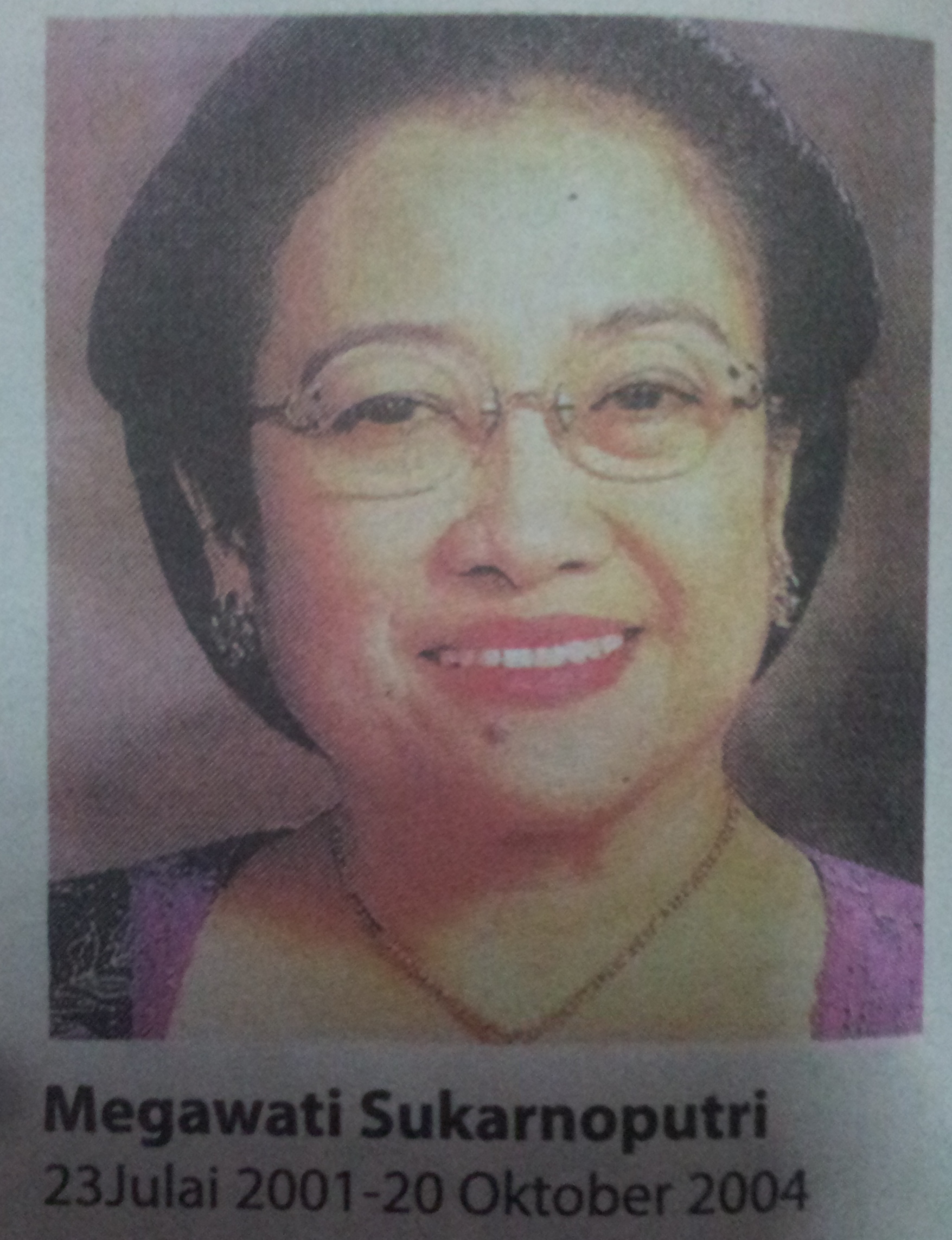 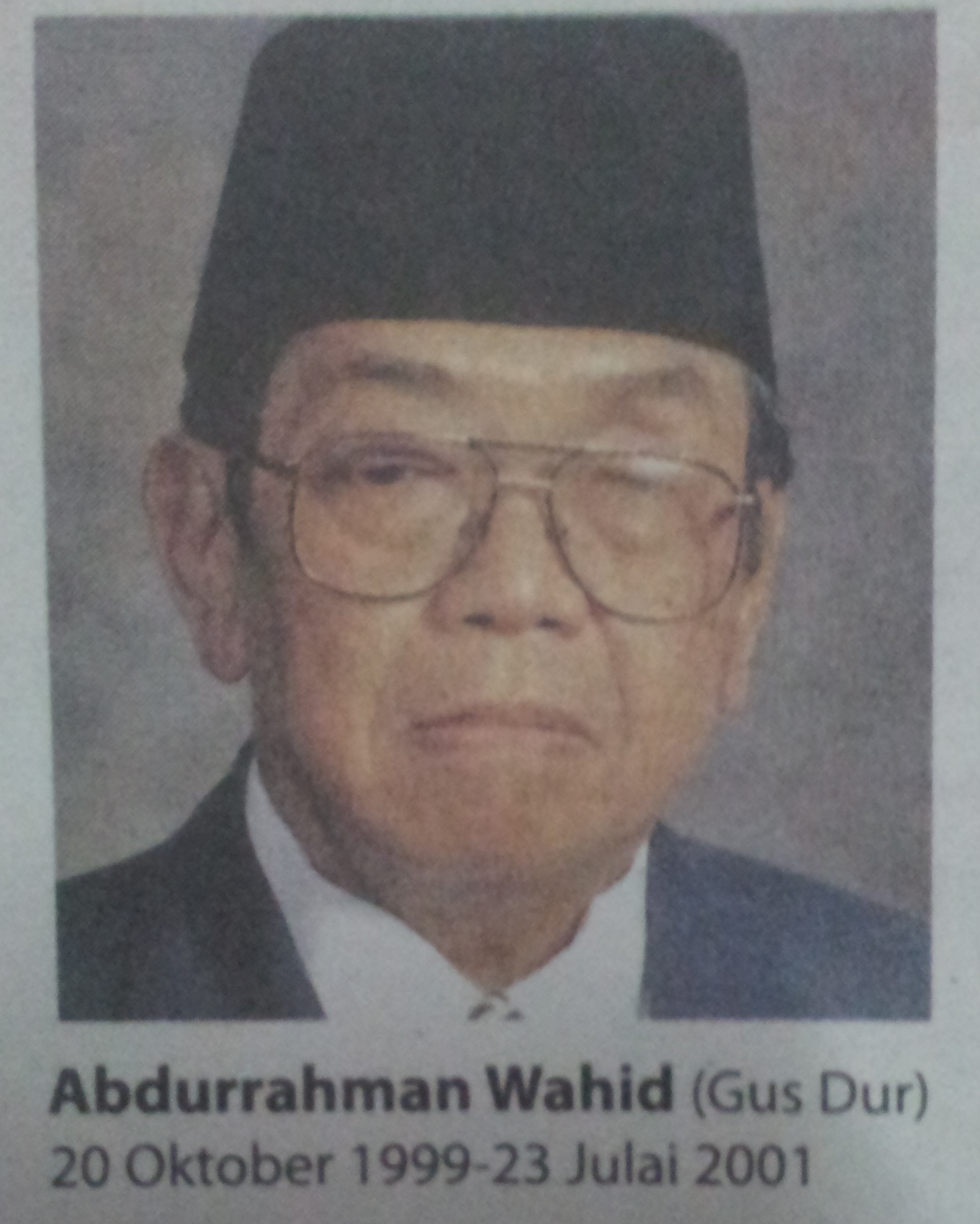 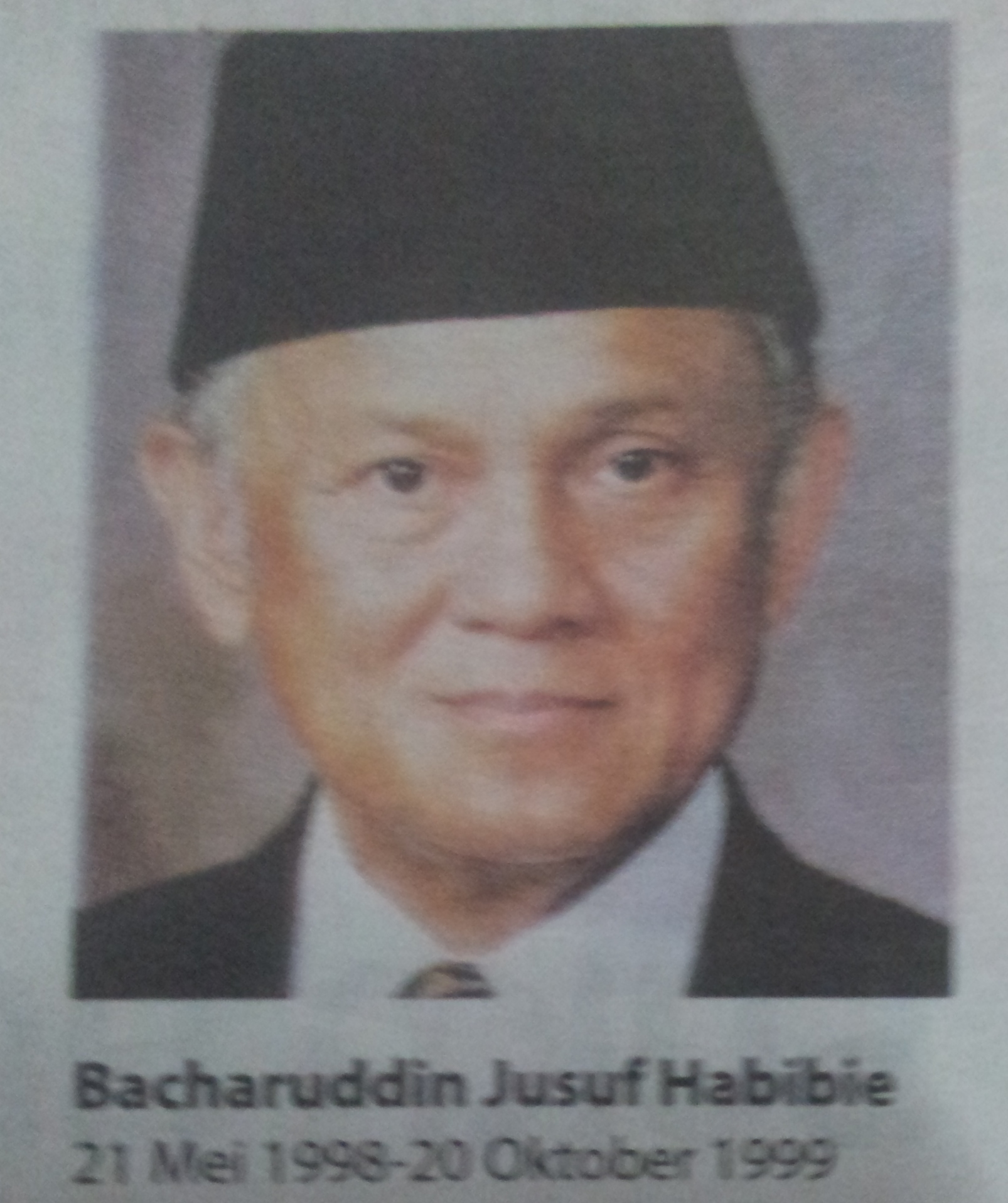 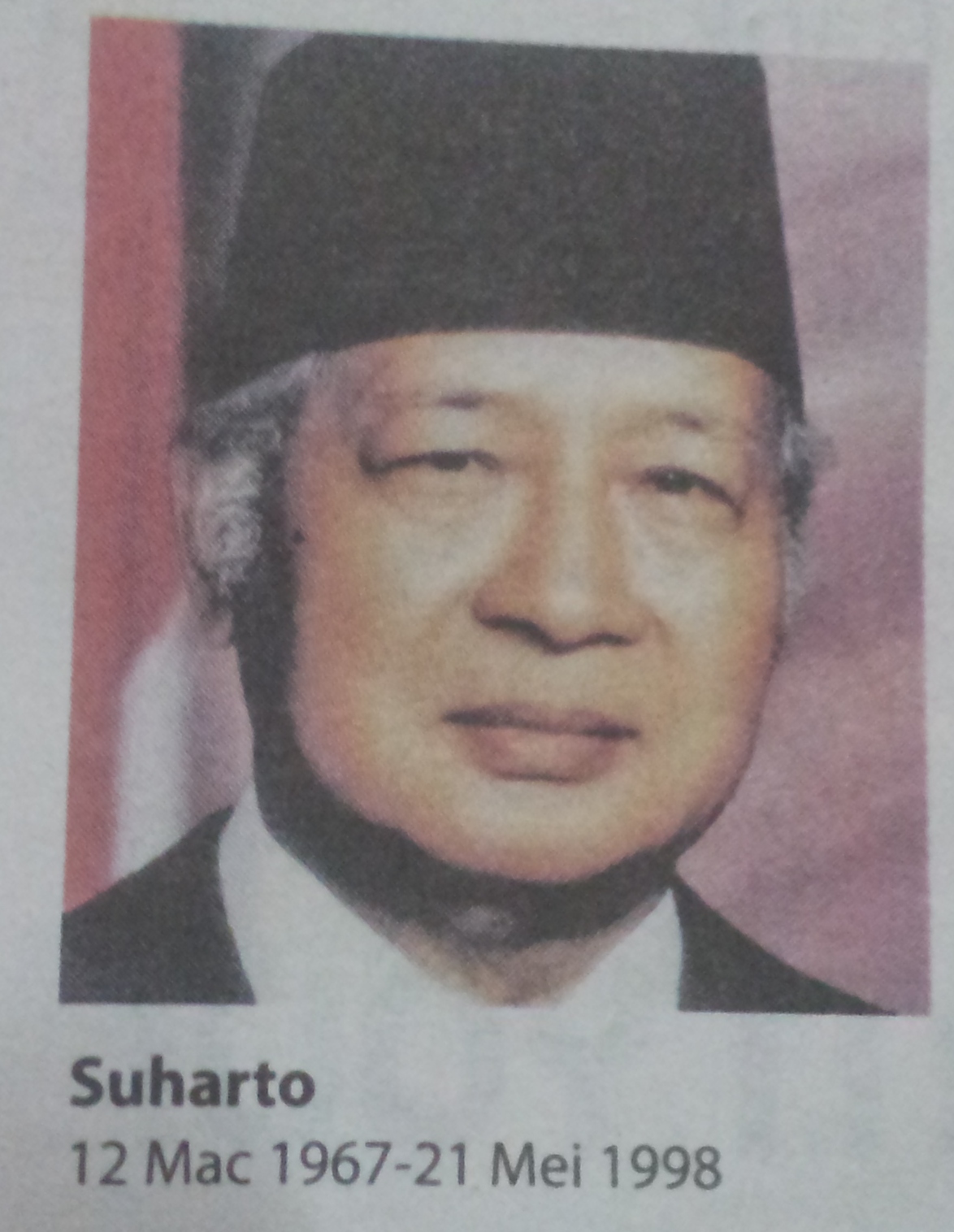 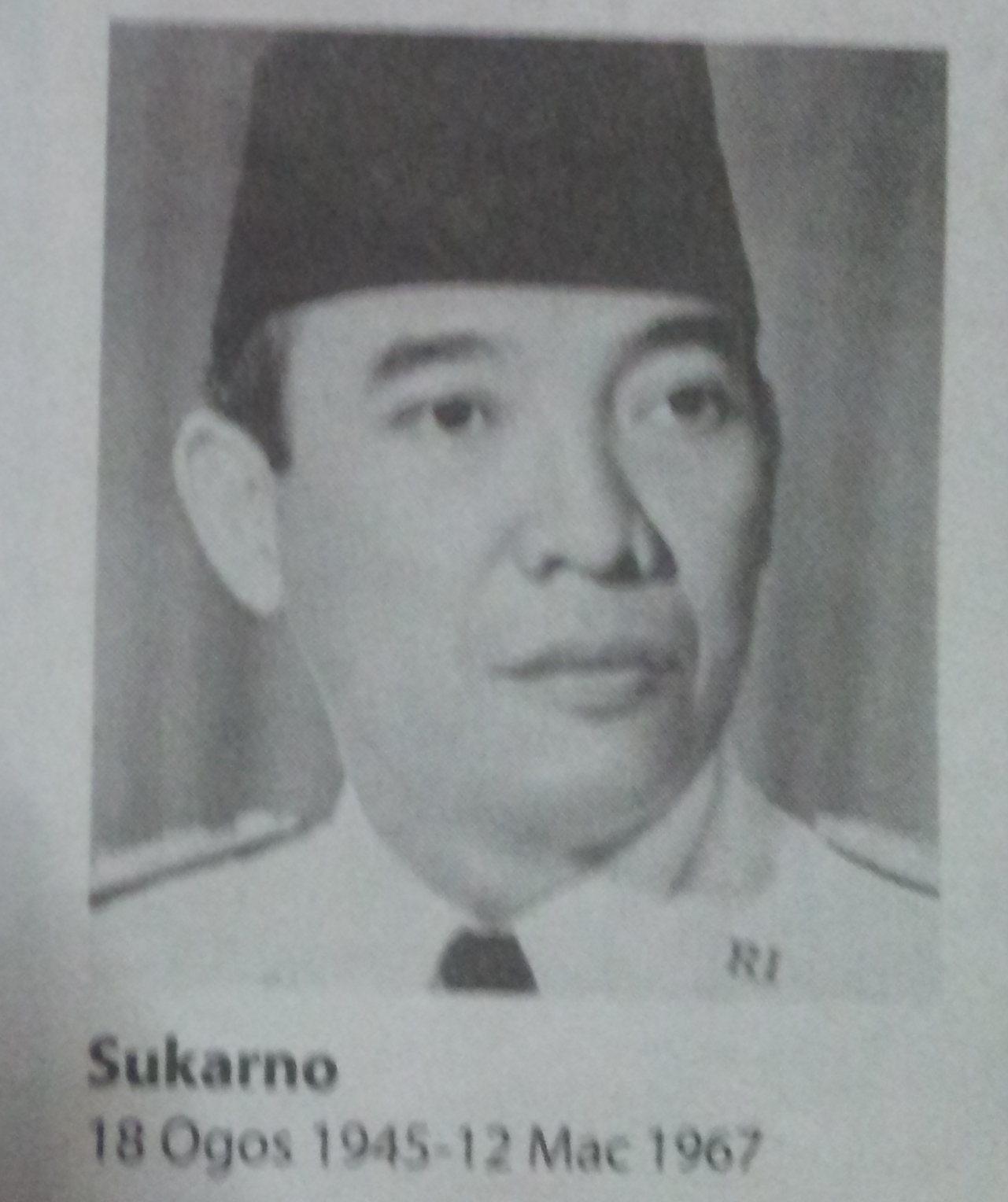 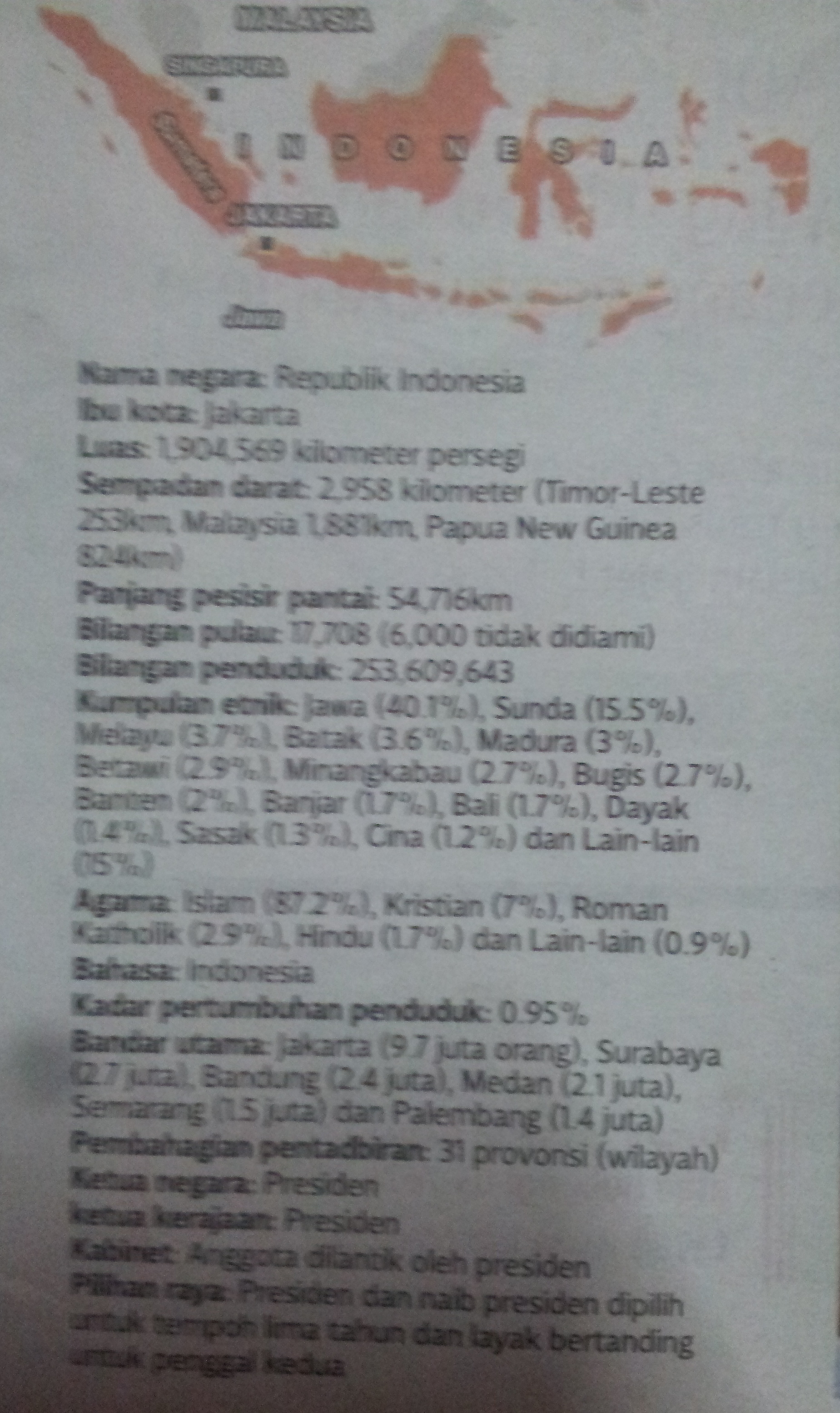