As we tackle issues like the high cost of living, we may want to look at alternatives that are cheaper, and even free.

GROWING up, I have always marvelled at how my father, who worked as a clerk until his retirement, could be the sole breadwinner in our big family.

We used to wait patiently for the end of the month and could see, from the smile on his face when he cycled home, that he had got his pay.

The sundry shop owner across the road was probably waiting just as anxiously, and would expect us to settle immediately the month’s bill recorded in the 555 notebook.

Although we grew up poor, we were self-sufficient in many ways. We reared chickens and ducks in the backyard so there was always ample supply of eggs and a big treat come the festive period.

It broke my heart when the chic­kens (reared from day-old chicks) that I called by name, ended up in the cooking pot eventually.

At that young age, I never questioned how we always had food on the table, and were privileged enough to have a set of new clothes for the Chinese New Year.

My father’s gaji was sufficient to cover monthly expenses. Come the end of the year, there were always anxious moments when we were not sure if there would be a bonus, which would allow us to buy materials for a new school year and have some left over for Chinese New Year festivities.

It was only much later that I learnt about the magic of supplementing the household income. The ladies in our household made nyo­nya kueh to sell in the neighbourhood. And my mother was an intrepid trader in jade jewellery.

I don’t know where she sourced the jewellery from, but each time she managed to sell a bangle or two, she would be happy. And my father’s sister, too, contributed by sewing beautifully stitched nyonya clothes.

There was always some form of activity going on that the younger ones in the family saw as fun, without realising that they were gene­rating income for the household.

We cut bamboo into strips for the nearby joss stick factory. Coconut shells came to us in gunny sacks and we had to break them up into smal­ler pieces which were eventually used to fuel nearby cottage industries. We even made envelopes, glueing the edges of cut paper.

I didn’t know then that these were some of the ways to supplement the household income so that we could make ends meet.

Fast forward to today – the ongoing debate as holding two jobs to keep up with the rising cost of living has raised quite a storm.

I believe many blue-collar wor­kers already do that. It may be a taxi driver who runs a food stall after hours, or takes on odd DIY jobs to bring in a bit of extra income.

White-collared workers may have other ways of making extra money, like selling insurance or unit trusts. Even writers occasionally moonlight when times are hard.

Whatever one’s opinion on the suggestion by Deputy International Trade and Industry Minister Datuk Ahmad Maslan to take on a second job to make ends meet, the fact is it’s already being done by many.

But we need to look at the bigger issue. At a higher level, efforts must to be made to rein inflation in. And on a personal level, we can learn to cut our coat according to our cloth.

Many young couples start out life together highly geared, saddled with multiple loans to repay. The lure of a lifestyle beyond one’s means is strong – a larger house, bigger car, more expensive phone – the list goes on.

It would help to stop and ask ourselves, “Do I really need this?” Often much happiness can be derived from an alternative that’s cheaper, or perhaps even free.

Examples are holidaying locally instead of abroad, repurposing furniture so you needn’t buy a brand new set, or picnicking in the park rather than hanging out at designer coffee joints.

It may take some will power and creativity but there are ways to escape the materialistic trap, by simplifying one’s life.

Happy New Year everyone! How time flies! Mark my words, very soon we’ll be wishing everyone the same greeting again.

Twelve months breeze past without a trace. All that remains are the battle scars, for some, and a satisfying smile, for many others.

Everyone has a story to tell about 2015. For some, 2015 has been a bruising year. But that won’t stop us from looking ahead with hope and renewed commitment.

And, perhaps, with wisdom, too, God willing.

Judging from the messages circulating on social media by friends to friends on Facebook, Twitter, WhatsApp or Telegram, friendship and kinship seems to be thriving.

A few days before the year ended, New Year greetings of all sorts were being sent.

That started the rush of sending greetings and replying, a task most of us seemed to relish for a few days.

But that’s all good for virtual relationships. All you need is a smart phone and connectivity. You can send greetings across the globe, to whoever you want.

But the real test is in the physical relationships that we have in our everyday lives. With parents, loved ones, colleagues, friends and associates.

You can start a friendship quite easily. But you don’t need reminders that you have to work to make a relationship last and endure all the tests thrown at it.

You can’t just leave friendship to grow by itself. Taking your friendship for granted can mean disaster. I witnessed a new relationship being struck a few days ago.

A young businessman, in his late 30s, entered a fish-head curry restaurant along Jalan Imbi. This was my first visit there. The young man saw two women road sweepers also ordering their lunch. What he did was heart-warming.

He signaled to the cashier that he would pay for the two sweepers’ lunch. And he did.

When the two went to the cashier to pay for their food, they were pleasantly surprised that someone had given them a treat! “Kakak tu buat kerja tengah panas. Bukan kerja senang. Tapi mereka buat kerja cari rezeki halal. Apa salahnya saya belanja? Bukan selalu pun.” (The two were sweeping the road in the hot sun. That’s not an easy job. But they wanted to earn their keep in an honest way. My treat was too small. And it’s not as if I get to treat them every day).

That was the businessman’s reply when I told him I was surprised by what he did.

Over the weekend, I was told of a slightly different story of friendship and camaraderie. A group of handpicked recruits from the armed forces had undergone training to prepare them for the service.

Let’s hear his story: “We are part of a small group. Two of us were being punished for some misdeed. While undergoing training, these punishments were also intended to toughen us up.

“So, while two of us were being punished, those who were not punished were made to see the punishment meted out.

After a while, a fellow recruit stood up and asked that he be punished, too.

“Then another, and another. In the end, everyone in the group asked that they be punished even though only two of us were guilty of the minor misdeed.

“The incident gave us a new meaning of comradeship. They taught us the value of friendship, of sticking together.

“In the armed forces, we must stick together and protect each other’s backs. This can only be done if there’s a strong bond of comradeship.

“Actually, this is also needed in ordinary lives. Not just in the armed forces,” said the young recruit.

He only just turned 20 this year, but is already displaying much maturity.

Such greetings are intended to tell your friends that they are very much on your mind.

You lose nothing by sending a few words of encouragement, appreciation or affection. Its only three days into 2016.

There’s still time to let others know that you are thinking of them. 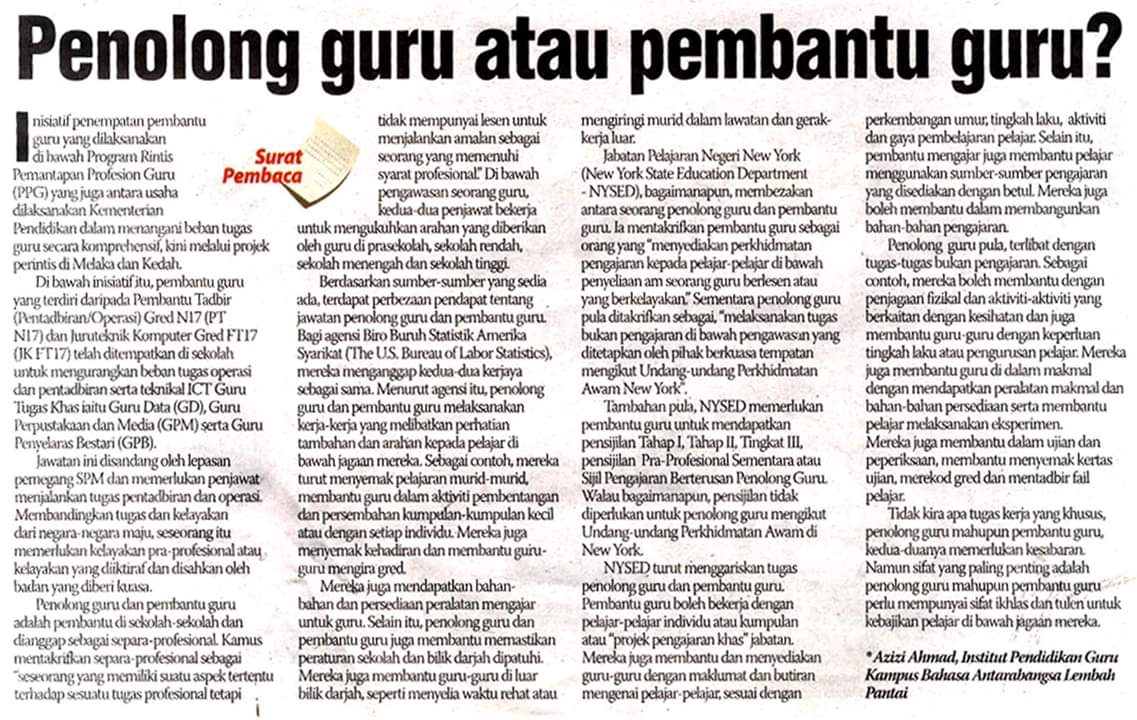