‘PEEMP...peemp.....peemp!.’ the postman’s alert resonates loud and clear one Tuesday morning announcing the arrival of the much awaited packet of badges from Taiping. I grin widely upon seeing the contents that lie inside the reused Bata shoebox wrapped inside crumpled newspapers — more than 100 glittering metal pieces!

Although badges aren’t my forte, the decision to acquire this particular lot was made relatively fast as it contains quite a sizeable number from notable Kedah schools. These historic mementoes from the 1960s and 1970s will definitely complement my collection.

While rummaging through the rest, an attractive deep blue specimen with bright yellow lining grabs my attention. The school crest with the latin words ‘FORTIS ATQUE FIDELIS’ (Latin for strong and faithful) look strikingly familiar but I cannot remember the name of the school it belongs to. Picking up the piece which is only slightly larger than a 50 sen coin, I try hard to recall. 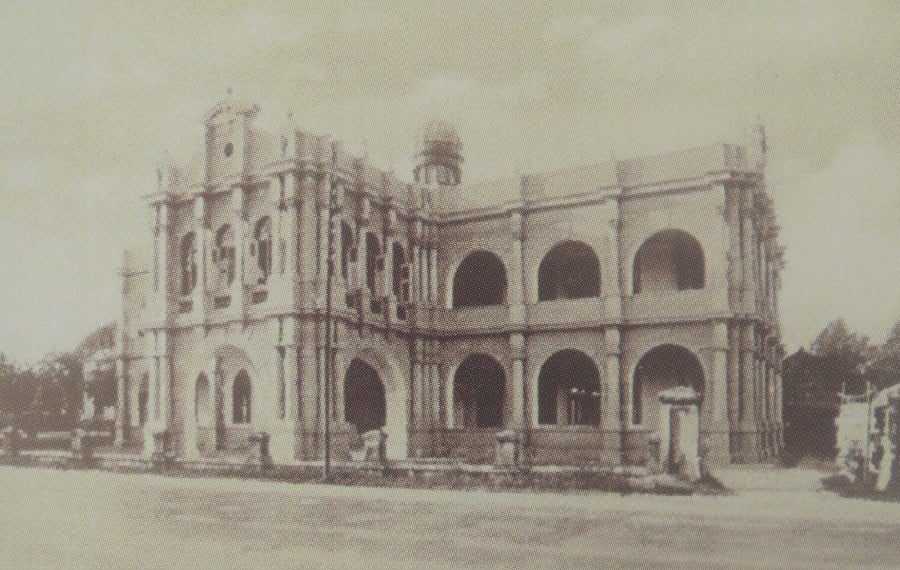 Minutes pass and finally it dawns on me. The badge was in the news recently when Penang Free School, together with the iconic Alwi Mosque in Kangar, was declared a national heritage site. This well received move is a befitting recognition for the 202-year-old school which holds the enviable record of being the first of its kind to be set up in Southeast Asia.

Penang Free School was formed in 1816, a mere 30 years after Francis Light secured the first British foothold in Malaya by leasing the island from the Sultan of Kedah in 1786. Prior to the school’s establishment, the services of an educator named Thomas Callum were only available for the children of Europeans and government officials. During those early days of the young colony, there were no educational facilities for the general public.

Acutely aware of this deficiency, Reverend Robert Sparke Hutchings succeeded in getting a few leading men of Penang, together with the government, interested in his scheme to start a school where student admission wouldn’t be restricted to race, creed or colour.

On Jan 16, 1816 Hutchings managed to convince everyone at a meeting that the character of the people could be changed. He argued that industry and good order would replace idleness and vice once children received proper schooling.

Hutchings planned to have the students, upon reaching an appropriate age, supplied with skills which would allow them to gain wilful employment as carpenters, smiths, shoemakers, tailors and book-binders after graduation. Hutchings also assured the government that his intelligent, diligent and honest students would benefit Penang in many ways.

On Feb 6, 1816 Hutchings and six other members of the committee signed the declaration to establish a school in Penang, which was at that time known as Prince of Wales Island. The document, among others, contained eight pertinent points that were designed to allay the fears of non-Christian parents and encourage the enrolment of the many races living on the island at that time. 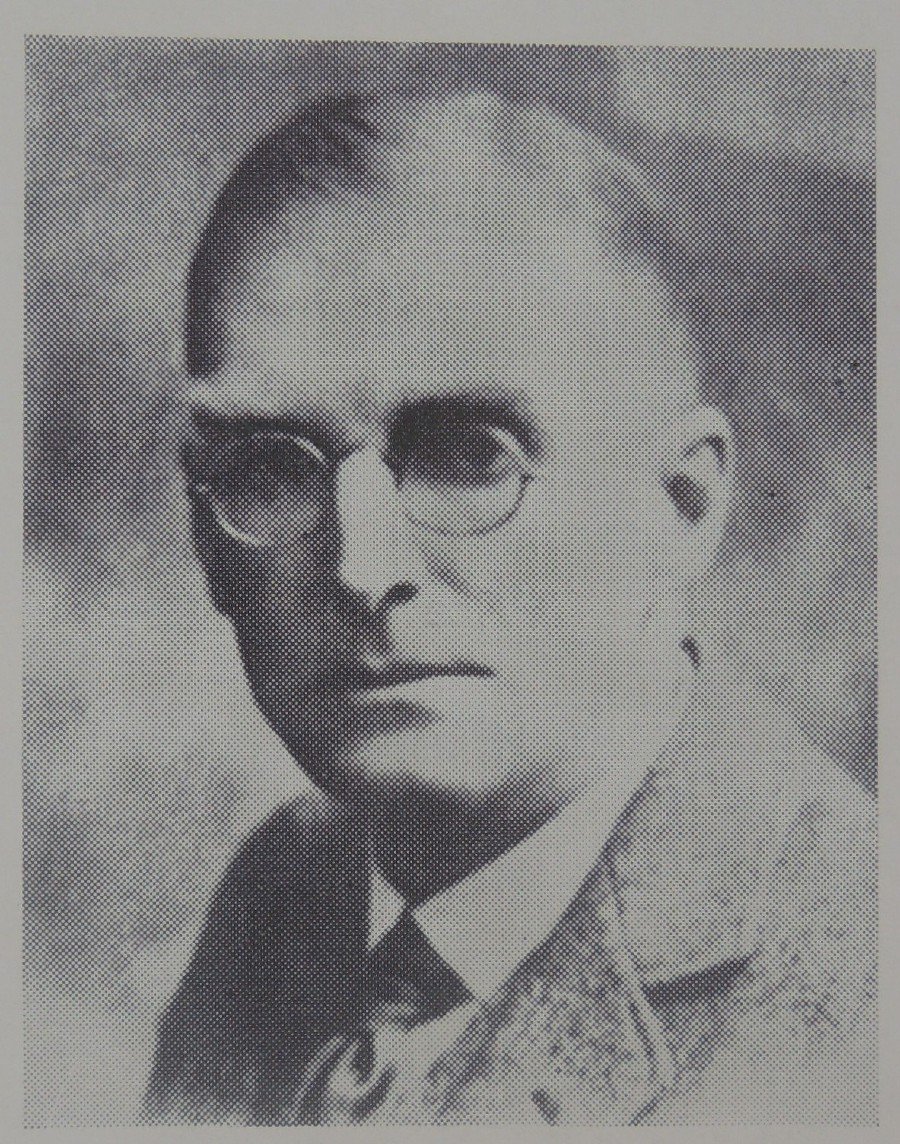 Ralph Henry Pinhorn was the headmaster of Penang Free School from 1905 to 1924.

The school was called a ‘Free School’ as it was open to all children living on the island whose parents were willing to submit them to the rules of the institution.

This fact is contrary to common perception that students were admitted without paying any fees. In fact, parents were expected to support the expenses of their children according to their means during their time in the school. The fees for each student varied from between one and three dollars annually.

While it was planned for the students to be instructed in reading and writing English, those Malay, Hindustani and Indian Muslim (Chuliah) children could put in a request for a local instructor to do the same in their own mother tongue.

At the same time, the school pledged that great care would be taken so that the prejudice of parents adverse to the Christian religion wouldn’t be violated under any circumstances. Hutchings then embarked on a fund raising campaign to turn his dream into reality. A total of $5,960 was collected in response to his public appeal. Most of this came from subscriptions by the leading members of the various communities, particularly the Europeans.

The government, in turn, contributed $1,500 while promising a monthly support of $200 together with provisions for a site adjacent to St. George’s Church at Farquhar Street which was large enough to accommodate all the proposed school buildings. A Chinese contractor who placed a bid of $6,500 won the tender to construct the school accommodating 100 boys and 50 girls.

Dr Wu is one of Penang Free School’s most famous sons.

Hutchings’ original scheme provided for not one but two schools, one for boys and the other for girls. He also allocated space for boarders as well as day students. He planned to run the school based on the successful Monitorial or Madras System.

Developed independently by British educators Dr Andrew Bell and Joseph Lancaster, this education method, which incorporated mutual instruction became popular on a global scale during the early 19th century. This method, in Hutchings’ own words: “...is a plan which among the advantages unites the least possible expense with the most extensive utility.”

Finally, after months of delay looking for a suitable teacher, on Oct 21, 1816 the Day School for boys opened at a building in Love Lane which was rented at a monthly rate of $50. Interestingly, the date on which William Cox from Madras began teaching his first batch of 25 boys coincided exactly with the 22nd anniversary of Francis Light’s death. At that time, Cox was paid a monthly remuneration of 80 Spanish silver dollars. 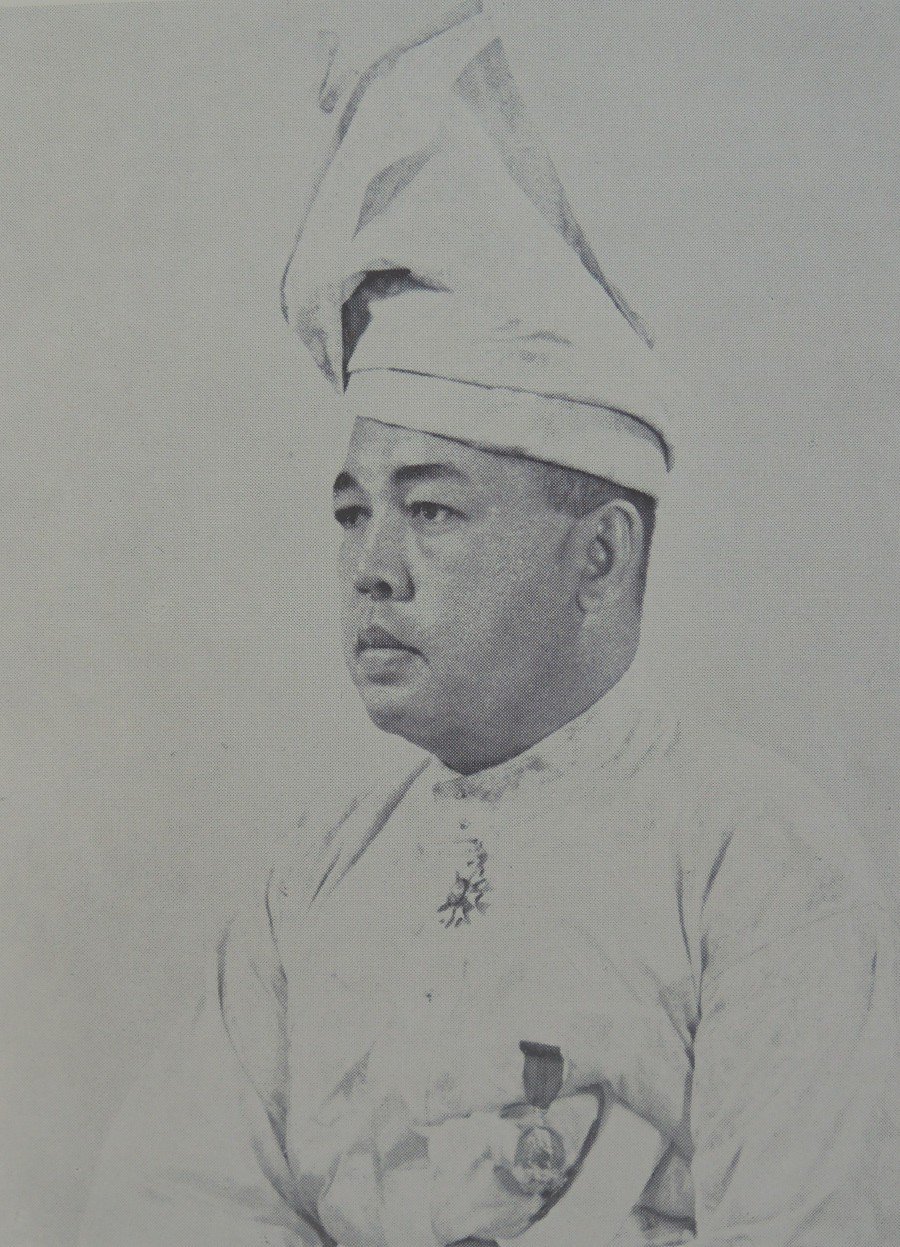 Cox’s wife, who arrived several months later with the initial intention of helping out at her husband’s printing press in George Town, became the ideal candidate for a female teacher. Paid 50 Spanish silver dollars a month, she started teaching in the Girls’ Day School on July 1, 1817.

Unlike the school for boys that has continued uninterrupted until today, the Girls’ Day School was suspended in 1821, just four years after it was opened. The administrators suddenly had a change of heart and wished to raise more funds to establish a Female Orphan Institution for both boarding and educating at least 20 girls instead of just having a day school for them. The Girls’ Day School was reopened in 1828 and its boarding component started receiving female lodgers a year later. Unfortunately, both closed down in 1851.

The Boys’ Boarding School opened in 1826 and lasted 38 years after failing to attract a sufficient number of students. Contrary to the practice in the Boys’ Day School, all male students admitted as boarders were treated as Christians and subjected to religious lessons taught by the Chaplain. This practice proved to be the main stumbling block in attracting students of other religious beliefs.

Branch schools were opened in the rural districts of the island like Bayan Lepas, Ayer Itam and Glugor in an attempt to encourage more local students to enrol. Unfortunately, these branches met with little success and the last one, which was in Glugor, closed in 1863. As long as they lasted, these Branch Malay Schools were superintended by the Penang Free School administrators and supported with their funds. 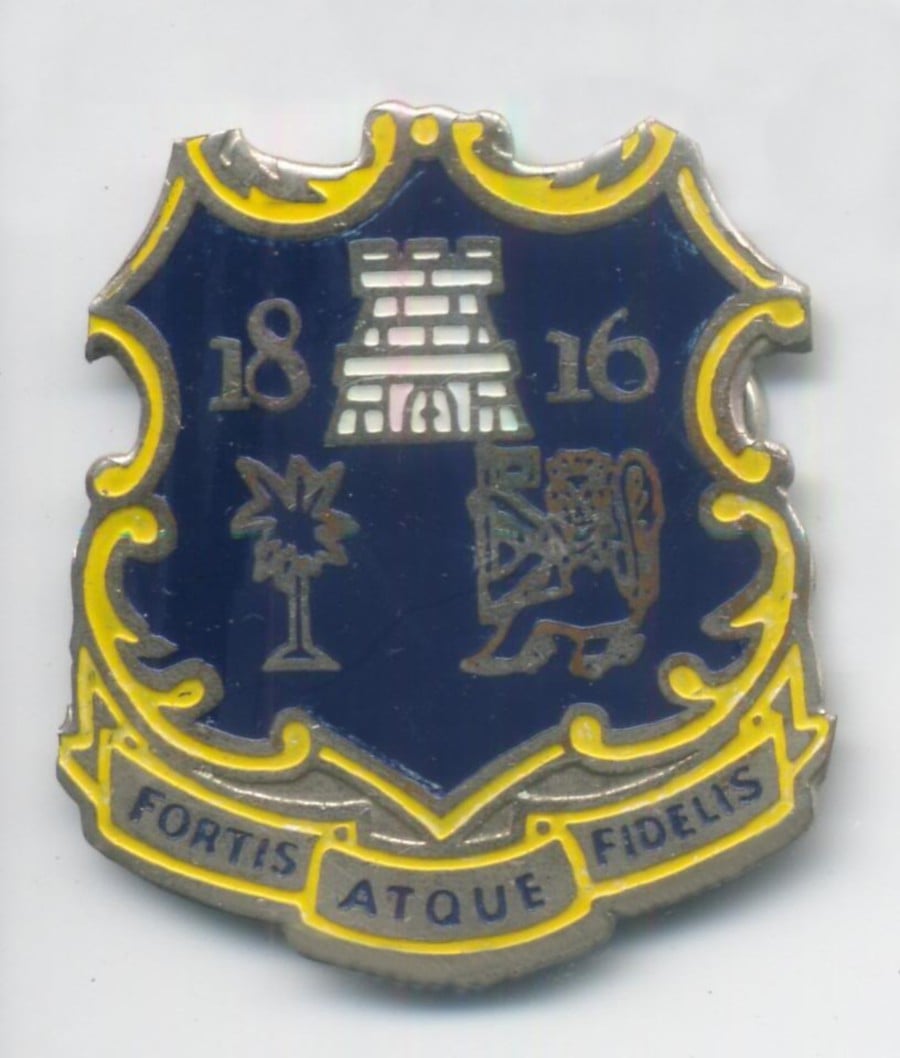 Plans to start Branch Schools to teach Chinese were quickly abandoned when the administrators failed to find competent masters to teach the language in a rational manner. They felt that most teachers wasted too much time on rote learning and failed to make proper progress.

Meanwhile, enrolment at the Farquhar Street site increased at a steady rate. It became overcrowded by the 1890s and a tender was called for the construction of a new wing which was completed in 1896. This portion was built with funds donated by Chinese philanthropists like Chung Keng Quee. Ten years later, another wing was added to keep up with the rising number of students. By this time, English was made the medium of instruction in the school. 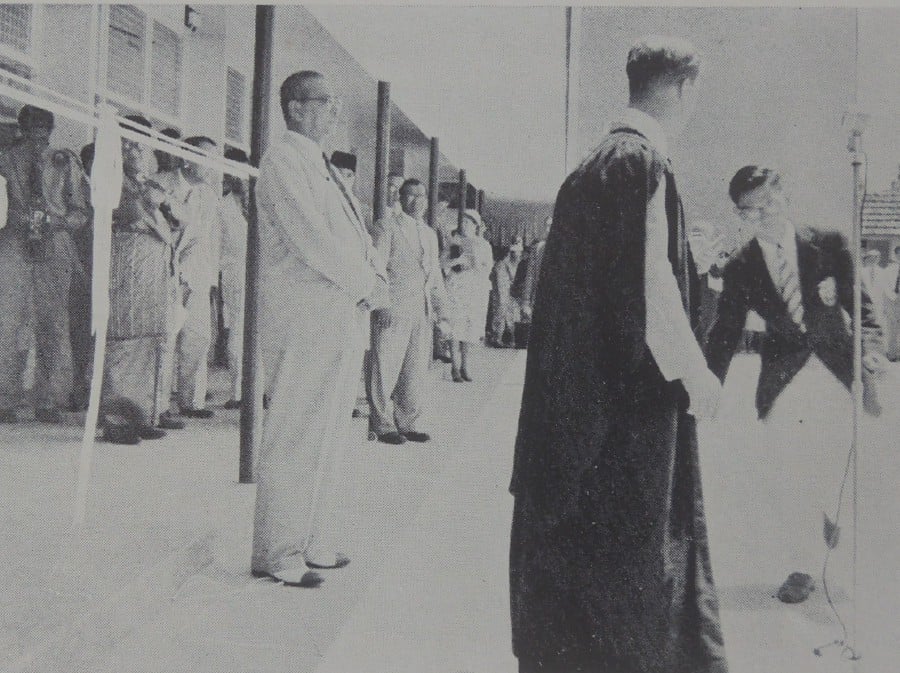 Maximum capacity was again reached in the 1920s but this time there was no more land to build additional annexes. With that in mind, it was decided to relocate Penang Free School to a larger suburban site. Construction began in 1924 and Penang Free School moved to its new premises in Green Lane on Dec 31, 1927. Nine days later, the school was officially opened by the Resident Councillor, Ralph Scott.

At around the time of this relocation, the management of Penang Free School was taken over by the government. To many, this was actually a non-event as since its establishment, the school had already been enjoying full patronage and had been receiving constant financial support from the government. Furthermore, many of the government’s high ranking officials were already in the school’s management committee.

With this in mind, Penang Free School was already recognised as a government school long before it was taken over in Jan 1, 1920. This take over wasn’t brought about by any deliberate change in government policy but rather due to the trustees’ inability to run the school without having to constantly tap into the government’s coffers. 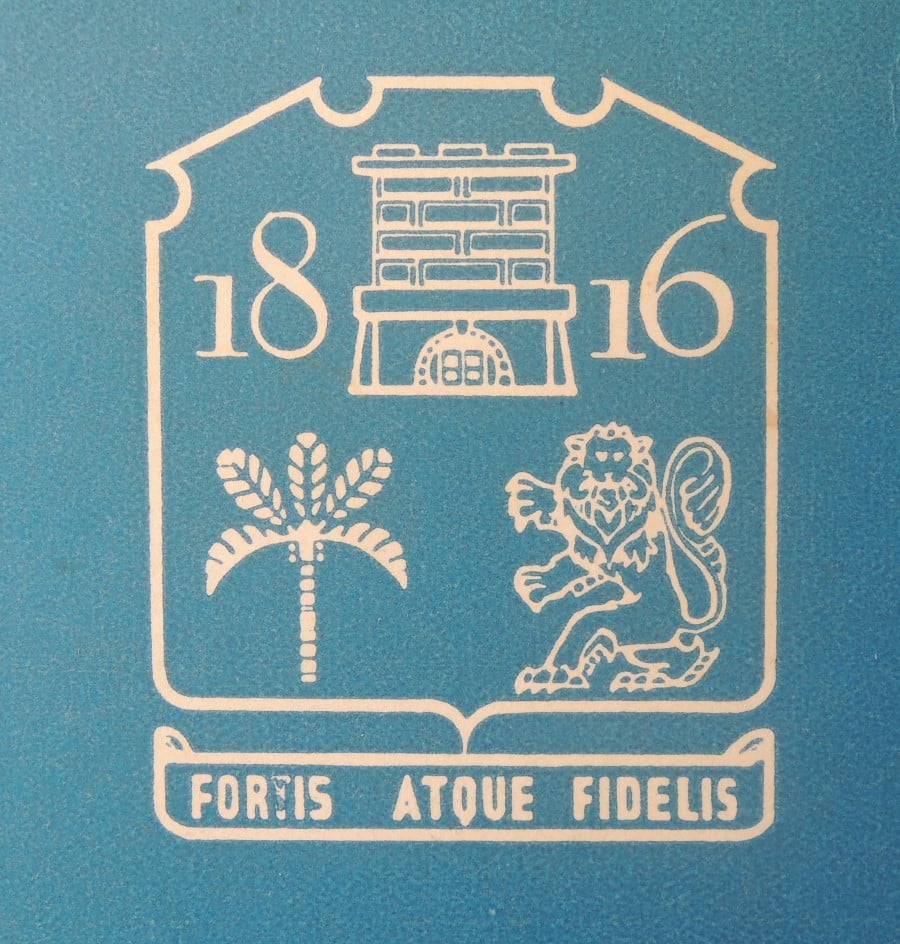 While putting the badges into their individual plastic bags, I suddenly remember having several Penang Free School magazines tucked somewhere in my study. Looking them up helps me to understand the school’s post-war years.

The most significant change to affect the school after the Japanese Occupation was the implementation of the Educational Ordinance in 1957. With that, Penang Free School became a national-type fully assisted secondary school managed by a Board of Governors.

A year later, in 1958, our first Prime Minister and a former student, Tunku Abdul Rahman, officiated the opening of the new Form 6 block. With that, Penang Free School became the first school in northern Malaya to offer secondary education beyond Form 5. 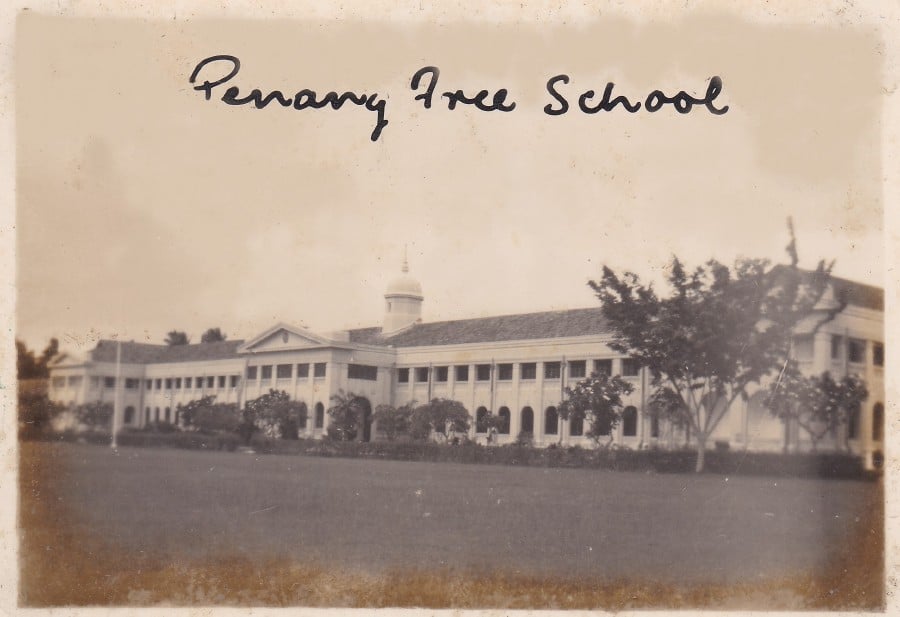 A rare photograph of Penang Free School in Green Lane taken after the Japanese surrendered in August 1945.

Over the years, more school blocks were added, enabling the school to switch to a single-session system in 1992. Penang Free School is today a boys-only school with the exception of girls in the Sixth Form.

Flipping through the pages of the magazine, I’m awed by the school’s illustrious legacy. The institution has produced countless top students in the academic world as well as in sports, politics, arts and the judiciary. Among the most famous alumni are Tunku Abdul Rahman, Tuanku Syed Putra, Tuanku Syed Sirajuddin Syed Putra Jamalulail, P. Ramlee and Dr Wu Lien Teh.

Reluctantly returning the magazines to their rightful place in the cupboard, I quietly hope that the National Heritage Department will continue to award recognition to more historic sites in this country, giving them a fighting chance to withstand the test of time.

For now, we can rest assured that Penang Free School and the whole 8ha of its grounds will be well protected against the tide of change for many, many generations to come.