Negaraku: Origin of our national anthem

THERE is a common perception that our national anthem is based on a popular Indonesian folk song.

The article, French Connection To National Anthems (NST, March 2), by Aneeta Sundaraj, raised the possibility that our national anthem may have either a French or Indonesian origin.

Others said that it was because it sounded like Terang Bulan, which suggests an Indonesian connection. 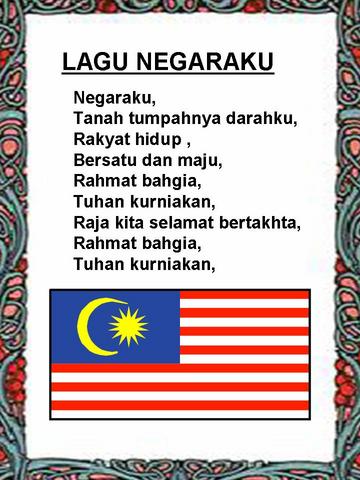 The article gave two versions for the origin of the Perak anthem.

Version two, when Sultan Abdullah Muhammad Shah was in exile in the Seychelles in 1877, his daughter learnt the song La Rosalie. When they returned to Perak, it evolved into the state anthem.

La Rosalie was composed by Frenchman Pierre Jean de Beranger who lived in the Seychelles in the 19th Century.

When one of the sons accompanied Sultan Idris to Britain in 1888, he introduced it as the state anthem.

In this version, the song played was not Terang Bulan, but La Rosalie. This was more likely because a much earlier date was given for the official visit, by which time Terang Bulan had probably not yet become popular.

This version is quite credible as there is a similar account in a Malayan historical society journal.

As Malaya prepared for independence, an international competition was held to compose a national anthem.

It was said that committee chairman Tunku Abdul Rahman wanted an anthem with a more Malayan feel. Terang Bulan was then a popular song in Malaya and the Perak anthem sounded like it, so apparently it was chosen.

Although Terang Bulan was also popular as an Indonesian folk song, it was not an original Indonesian composition.

La Rosalie was regularly played by Beranger’s musical band in the Seychelles to entertain patrons.

The probability was that sailors from ships visiting the Seychelles learnt the song, subsequently bringing it to Singapore. There it was picked up by and Indonesian bangsawan into its repertoire.

It is unclear whether Terang Bulan came to Malaya via Indonesia or Singapore. The former was possible because many Indonesian songs became popular in Malaya.

The latter was probable because there were many bangsawan in Malaya prior to Independence, and could have borrowed songs from each other.

Our national anthem could be said to have a French origin because it was based on a song composed by a Frenchman.

It could also be said to have Seychellean origin because that Frenchman lived in the Seychelles.

This should at least dispel the notion that our national anthem is based on an Indonesian folk song.