ALBERT Einstein, in a 1948 letter to the New York Times, signed jointly by a list of no less influential Jewish luminaries, warned of Zionist fascism in Israel. They were then protesting against the visit to the United States of the terrorist leader and later to be prime minister of Israel, Menachem Begin. In the letter they cited examples to demonstrate that Begin headed a Nazi party in form and substance testified to by its inhumane actions against Palestinian villages in the early days of Israel. 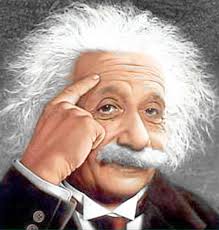 Today that prophesy has come to pass as Gaza is bombed to utter destruction and the genocide of its population fast becoming a horrendous reality. Now with over 1,700 deaths and 10,000 injured, most of them civilians and an unforgivable proportion of that, children, Israel shows no sign of remorse. Instead, Zionist Israel has revealed itself to be the fascist state that Einstein predicted: unapologetic, bloodthirsty, callous, and land grabbing.

Huge swathes of the world population are demonstrating against the current, already more than three-week old, inhumane assault on the Gaza Strip, urging governments to act against Israel so that the carnage might be stopped immediately. The feet dragging by leaders who support Israel as a matter of policy is so nauseatingly loud. The fascist state’s main backer, the United States, is mouthing platitudes while arming the aggressors. If anyone can stop this Washington can, but obviously they will not. Accused of being all paid for by the influential Jewish lobby, the US Congress, for all intents and purposes, is bending over backwards to legitimise the assault on Gaza by laying all blame at the feet of Hamas.

But not so the Malaysian leadership. The Prime Minister, Datuk Seri Najib Razak, has visited Palestine in an open show of Malaysian support. Average Malaysians, too, are appalled at the cruelty and have joined the world in protest. Some 15,000 turned up at Dataran Merdeka recently to demonstrate solidarity with the Gazans, especially, and the Palestinians, generally. Indeed, there would have been more if the organisers had been more aggressive in its publicity. More Malaysians would have probably turned up if more organisations had been involved. For example, the trades unions could have mobilised their membership and a nationwide show of solidarity would have been demonstrable. A strong show of anger against Israel’s reprehensible action, on the one hand, and support for Gaza, on the other, is urgently needed, more so in the West where the official pro-Israeli stance is allowing the massacre to proceed with impunity. Indeed, the blood of Palestinians is soaking the hands of American and European leaders, but peoples everywhere must stand together and hold all pro-Israel leaders accountable for what is happening in their name. NST Editorial 4 AUGUST 2014 @ 8:05 AM